Dynafit is a German company that designs and manufactures a wide range of top of the line skiing equipment for both the casual backcountry skier and top of the line skimo athlete. Since the inception of the TLT binding in 1990, Dynafit has remained the first name in ski mountaineering, and their designs have been mimicked by nearly every other major ski mountaineering company there is. Skimo Co is proud to be a Dynafit Competence Center, and we are happy to be partnered with such a storied and driven brand.

Dynafit Mezzalama Pole
The Dynafit Mezzalama Pole is a race pole with an edge. Melding the weight savings of a carbon upper with a durable titanal lower section, this pole is extra prepared for encounters with rocks and other debris that could otherwise compromise a full carbon..
$99.95

Dynafit Speed 20 Pack
Dedication is important. Dedication to training, dedication to days in the mountains, a dedicated safety equipment compartment like you will find in Dynafit's Speed 20 pack. Almost too many features to mention, yet not-a-one worth overlooking, this race-o..
$139.95

Dynafit Low Tech 25+3 Pack
As an ode to the glorious retro past of yore, Dynafit took their Speed 25 + 3, combined it with hip colors, and called it the Low Tech 25 + 3. Built with versatility in mind, the unisex Low Tech 25 + 3 incorporates many smart features designed to make the..
$159.95

Dynafit Low Tech DST Pant - Women
As the Eurythmics once said, "Sweet Pants are made of these, who am I to DST?" These lyrics never made it onto their official release, but we know what we heard. Dynafit is celebrating their 30th anniversary by being ever industrious and showing off their..
$199.95

Dynafit Low Tech DST Jacket - Women
Fans of versatile, stretchy material, perfectly suited for high output ski-touring, are you ready - hey - are you ready for this, are you hanging on the edge of your seat? Dynafit has released the queen of the Low Tech anniversary lineup with the Low Tech..
$199.95

Dynafit Low Tech DST Pant
I pity the fool who's still struggling to find the pant that can do it all - the good news is we're here to help with your endeavor. Meet Dynafit's Low Tech DST pant. Formulated in a top-secret science lab straight out of an 80's action flick, the Low Tec..
$199.95

Dynafit Low Tech DST Jacket
When the visionary Jimi Hendrix sang about, "Purple Haze," he was clearly looking into Dyanfit's future and their creation of the Low Tech DST jacket. This phenomenal fairweather frock maintains its primo-standard in construction that is a staple of Dynaf..
$199.95

Dynafit Low Tech Polartec Jacket - Women
Dynafit has long held a revered space in the ski-mountaineering world for superb gear that performs excellently and helps you stand out in a crowd. For those seeking a technically savvy, functional mid-layer on and off the skin track, may Skimo Co proudly..
$179.95

Dynafit Speed 25+3 Pack
From accordions to armadillos, it is clear that an expandable-collapsible design can be useful. Dynafit has recognized this wisdom in their Speed 25+3 Pack. Encompassing a litany of handy features for light n’ fast ski touring, this pack’s claim to fame i..
$159.95

Dynafit Speed Goggles
When the iPhone was unveiled in 2007, it boggled minds by eliminating secondary interfaces in favor of a touch screen. Dynafit seems to be doing something similar with their Speed Goggles, which have gone totally frameless for a full panoramic field of vi..
$139.95

Dynafit TLT Evo Goggles
Clear vision is, broadly speaking, a good thing. Never is this more obvious than when surrounded by the monochrome grays and whites of ambiguous lighting on snow. In those situations, the high-contrast double glass of the Dynafit TLT Evo Goggles seemingly..
$179.95

Dynafit TLT Pro Goggles
Traumatic experiences with fogged-up lenses and improper vision shading have steered many a backcountry skier away from goggles while moving fast. Rewrite those shudder-filled memories while still having full coverage for big outings with the Dynafit TLT ..
$199.95 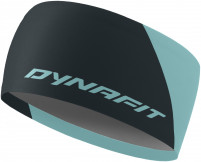 Dynafit Performance 2 Dry Headband
The, “law of headbands,” while not quite well known, is no less consistent than the laws of gravity or thermodynamics. It states, “those wearing a headband are at least 2% faster than their competitors with all else being equal.” Put another way, wearing ..
$24.95 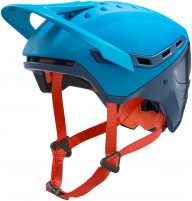 Dynafit TLT Helmet
The Dynafit TLT Helmet really can do it all. It is triple certified for skiing, climbing, and cycling so you can be fast, light, and stylish for every sport in every season. No matter the time of year, a removable visor will help protect you from the sun'..
$149.95

Dynafit Youngstar 3L Pant
What to do when your kids outgrow their clothes every couple of months? Suspenders to the rescue! The Youngstar 3L’s suspenders mean that you can upsize the waist slightly and avoid concerns over baggy hang-ups at the ski hill. The waist itself is also ad..
$169.95

Dynafit Tour Pole
The Dynafit Tour Pole is as simple as it gets. It's a stick of aluminum with a powder basket, just what you need for skinning and skiing through the backcountry. Okay, Dynafit did add an extended grip and a hand-strap so you can hold the thing with cold d..
$69.95 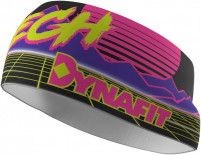 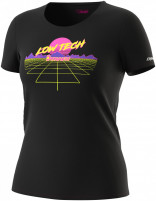 Dynafit Low Tech T-Shirt - Women
Dudettes, you'll def love this wicked T-shirt that will help keep Dynafit's Low Tech anniversary clothing hyped on and off the slopes. This gnarly 100% cotton T-shirt will help keep you cool on a hot summer day and makes a bad-to-the-bone underlayer on th..
$49.95 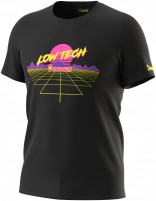 Dynafit Low Tech T-Shirt
Why stop the Low Tech Dynafit pride on the mountain? Bring in some choice apparel with Dynafit's 80's inspired Low Tech T-shirt and keep those fresh looks a-coming. Crush your daily morning meeting with this dope shirt and accept that parent of the year a..
$49.95

Dynafit DNA Pole
Like a wizard’s wand or a samurai’s sword, the right ski poles ought to speak to one’s style and personal philosophy. If you’re drawn towards undertaking a hero’s journey to the high peaks (or at least an FKT to the top of your local test piece), the Dyna..
$149.95 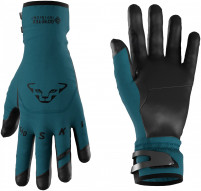 Dynafit Tour Infinium Glove
Unless you’re entering the boxing ring, finger dexterity in your gloves is a good thing. After all, we evolved opposable thumbs for a reason, right? Dynafit’s Tour Infinium gloves recognize this basic fact while still providing 80 grams of Primaloft insul..
$89.95

Dynafit Low Tech Binding
When the phrase “low tech” is spoken around here, we’re immediately transported back to the tech binding renaissance of the early 90s that saw Dynafit introduce many category-defining products to the market. A descendant from this product lineage was the ..
$499.95 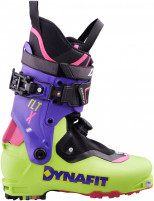 Dynafit Low Tech Boot
The Dynafit Low Tech Boot pays homage to their beloved second iteration of the TLT boot lineup. TLT, or Tour Lite Tech, has had its fair share of changes from the original tourlite boot which started the tech boot revolution, and in 1990 the green, purple..
$849.95

Dynafit Free 97 Ski - Women
Like its unisex sibling, the Dynafit Free 97 W is designed to be light enough to schlep anywhere, but sturdy enough to ski anything confidently. Dynafit accomplished this with a poplar wood core, which supplies suspension while remaining poppy and light. ..
$699.95 $559.96 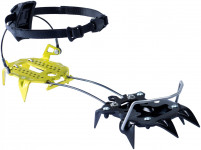 Dynafit DNA Crampons
When you’re engaged in a European ski mountaineering race, it’s much more encouraging to hear cries of “Allez, allez, allez!” than “Oh, la la la!” To cultivate a more uplifting ratio of these phrases, the Dynafit DNA crampons will be your trusty ami(e). T..
$249.95

Dynafit Mezzalama Plus Binding
The age of fixed-release race bindings is over; the time of the Mezzalama binding has come. Behold: The Dynafit Mezzlama Plus is a race-weight binding that features brakes AND fully adjustable lateral and vertical releases! While not unheard of, adjustabl..
$849.95

Dynafit Mezzalama Binding
Safety-minded skimo athletes have historically been faced with a bit of a dilemma; relying on standardized u-springs with uncertain or unspecific release behavior or opting for a heavier binding with more consistent release values. However, with the inven..
$749.95

Dynafit DNA Binding
Dynafit has done it again and designed a top-end race binding from the ground up. The Dynafit DNA binding is made with super strong aluminum and is even lighter than previous Dynafit race models, which is music to our ears. The toe piece uses a new mounti..
$699.95

Dynafit DNA Plus Binding
Need brakes for the race check-in? This is the braked version of the DNA binding. With the Dynafit DNA Plus binding, the race flap and brake mechanisms are one and the same so transitions only require a single, one-handed motion - so simple that it's almo..
$799.95

Dynafit Mezzalama 2.0 Ski
Skiing's heritage as a practical mode of winter transport now lives on in Grand Course races. These are European multi-stage affairs in which racers traverse valleys, glaciers, and other serious mountain terrain. If you are lucky enough to find yourself o..
$699.95

Dynafit DNA 4.0 Ski
Attention, ski evolutionists: while the eye-popping colorway and customary packed snow performance of the DNA 3.0 has been passed onto the DNA Pro, a new subspecies has emerged that we have dubbed the DNA 4.0. Although “playful,” “fun,” and “dynamic” are ..
$799.95

Dynafit DNA Polartec Alpha Jacket - Women
Going fast and light is something that Skimo holds very close to its heart as a testament to what makes winter sporting so very fun. However, going fast and travelling light is as much a measure of your gear as it is your own ambition. As Terry Pratchett ..
$279.95

Dynafit DNA Polartec Alpha Jacket
If there’s any company that can claim skimo as its genetic material, it’s Dynafit. This jacket is aptly named for an audience whose speediness is only matched by their love of microscopic bindings and gel snacks. Waterwicking polyamide (aka nylon) and ven..
$279.95