If you have had your ear to the ground in the running world over the past two or three years, you have probably noticed that more and more elite level, as well as local athletes, are using human-powered skiing during the winter months to access otherwise off-limits terrain. Conversely, if you have had your ear to the skin track, you will have probably noticed that most skiers make a natural transition to mountain runners. There are a lot of reasons for this, but the strikingly similar body position and muscle engagement give runners a leg up among the light ‘n fast backcountry skiing crowd.

Using ski mountaineering as cross-training for running, or vice versa is becoming the norm among both local and elite mountain athletes. Here are a few reasons why:

Foot Cadence: With the advancement in lightweight ski boots that walk like high-top running shoes, maintaining the same foot cadence of a summer power hike is easy while skinning. In fact, the boots are so light and walk so well that running atop a snowy ridgeline or taking the singletrack shortcut between snow patches is hardly any different than wearing running shoes. 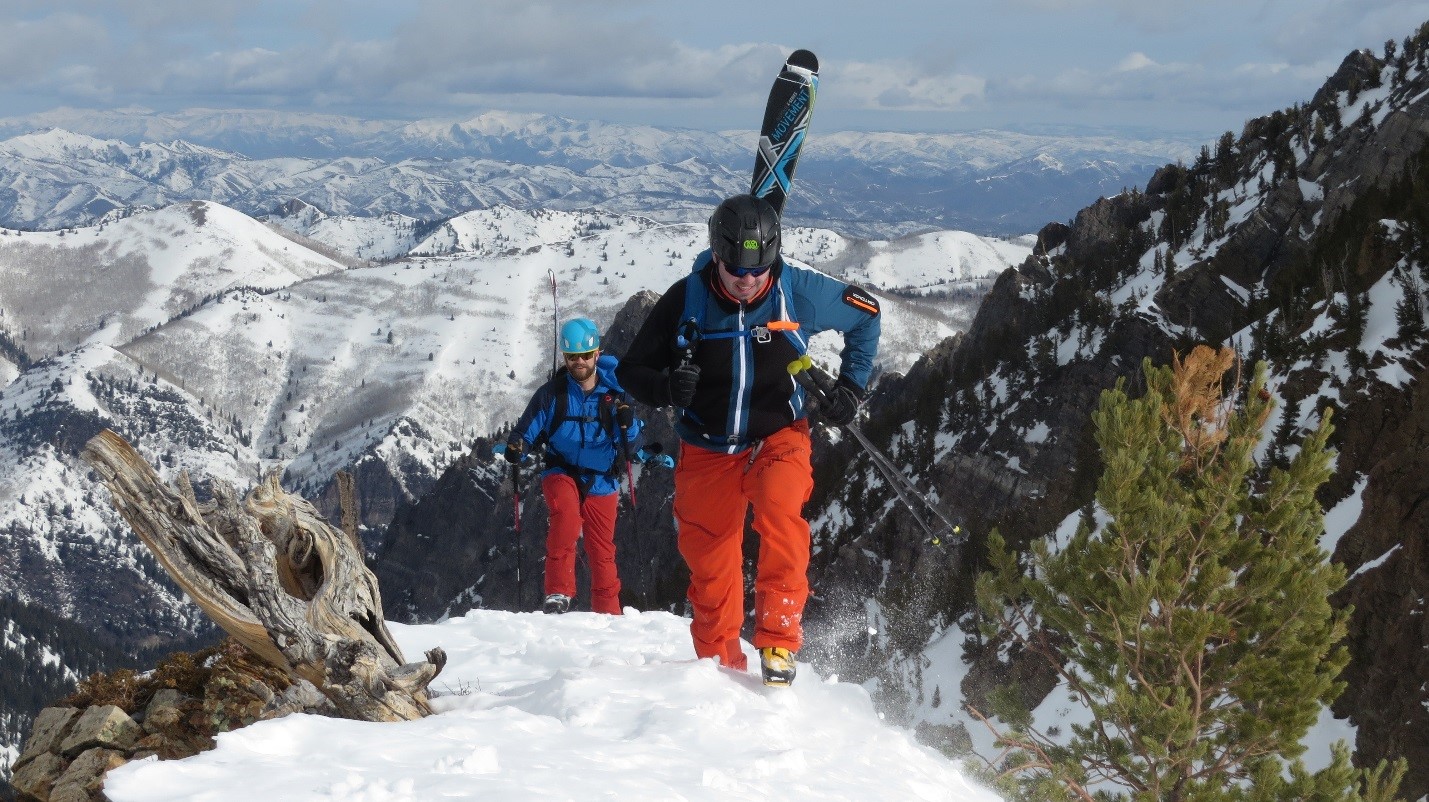 Vertical Gain: A casual mid-week dawn patrol will generally feature at least 3,000ft of climbing. While your knees don’t have to suffer a single second of abuse on the descent, you are still able to log obscene amounts of vertical in a single week. By the time a half marathon with 5,000ft of climbing rolls around, rather than shying away or holding back on the hills, they will become your strength. In fact, steep races might even become your strength. 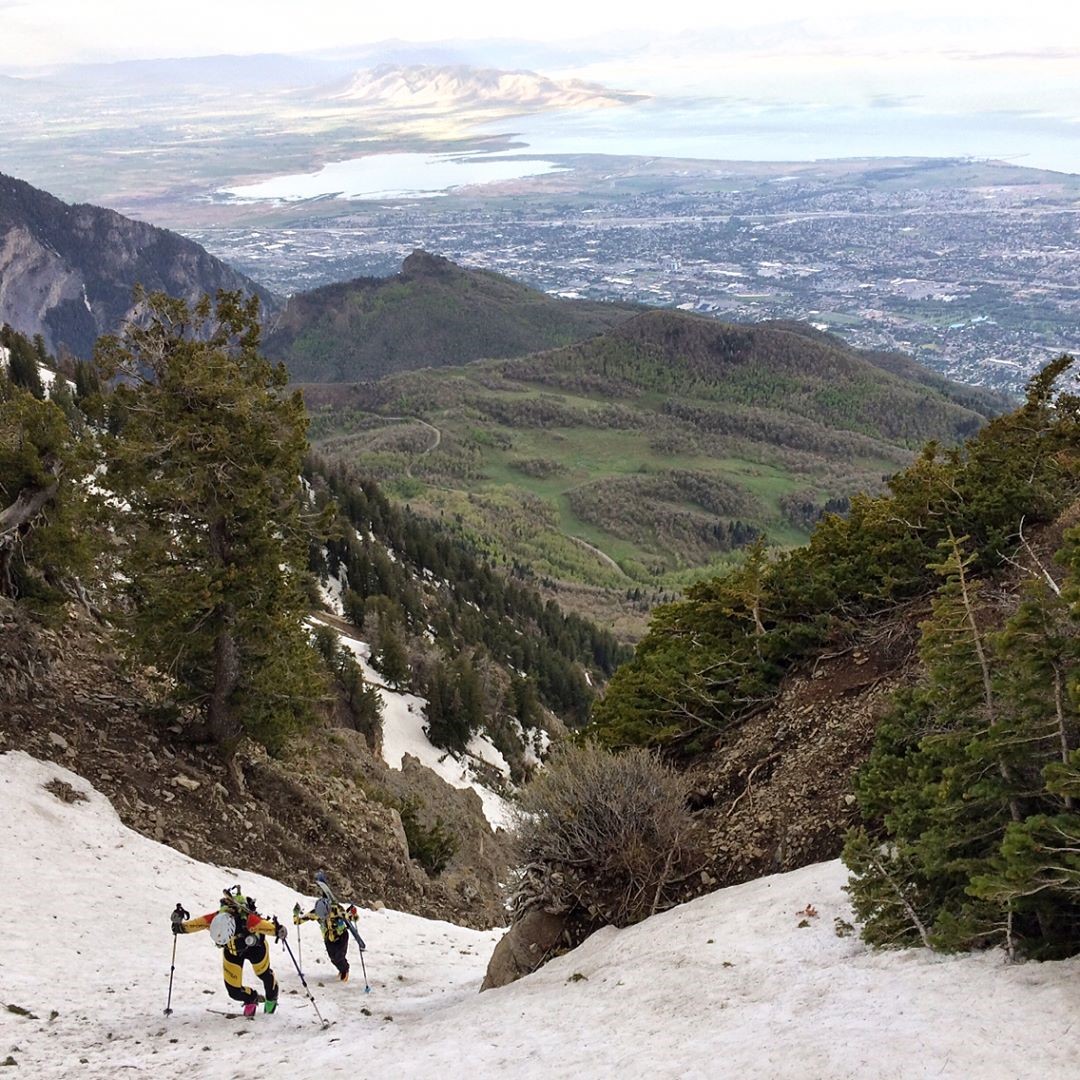 Extended Exposure to Altitude: Because of the low snow line during the winter months, every dedicated runner is either forced to run roads, packed hiking trails, or the “dreadmill.” Snowshoes don’t count enough to be viable. If a trail is packed enough to actually run on, you don’t need snowshoes. If it’s deep enough that you need snowshoes, it’s almost impossible to run on. One way or another, snowshoe season is ski season! Ski mountaineering transforms snowy ridgelines, precarious peaks, and tight chutes into potential adventures and training grounds all while staying at high elevations. Because of the amazing 2016/17 ski season, our snowpack in the high mountains didn’t even start to thin out until mid-June, which left any high-altitude exposure for most runners off the table until the running season was halfway over. Those with skis were able to train for ultramarathons above 8,000ft without ever setting foot to dirt. Go figure. 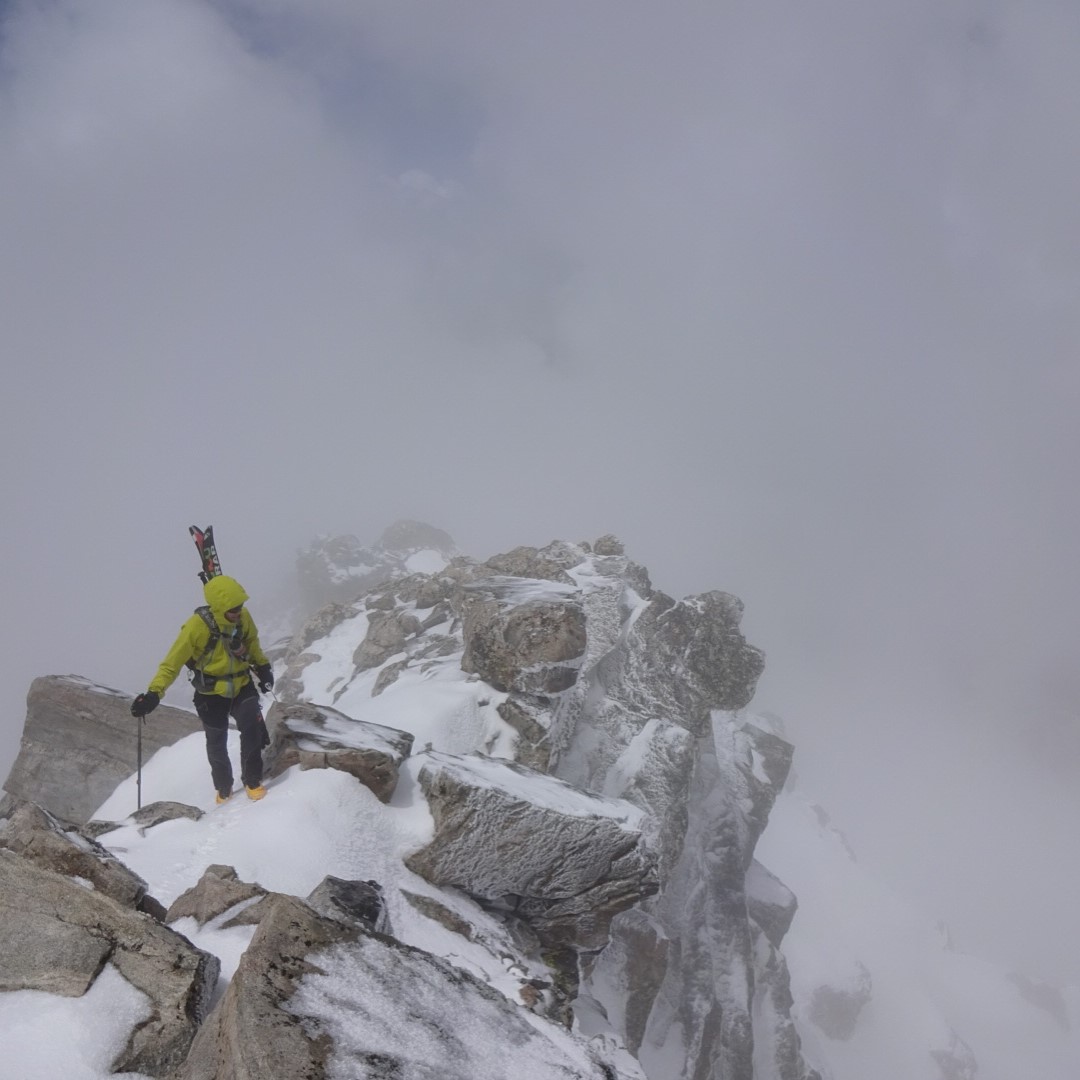 The overload principle still applies to endurance athletes: Even though the boots, skis, bindings, and skins are jaw-droppingly light these days, they are still heavier than running shoes. Taking advantage of the similarities between running and skiing is why the natural transition between the two works, while taking advantage of the differences encourages growth as a well-rounded athlete. The extra weight of a ski system on your feet will transform your fuel-efficient body into a powerful diesel engine. 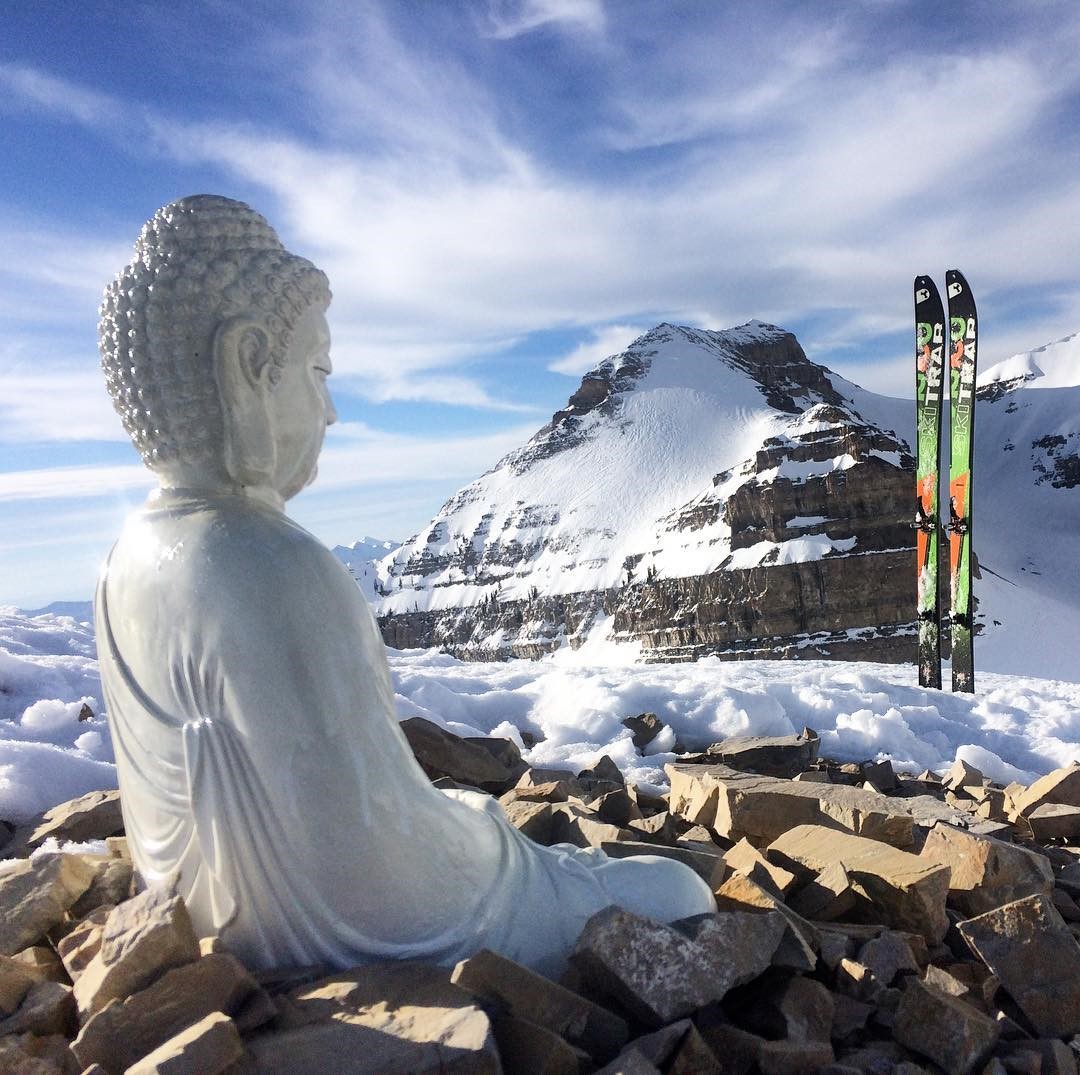 Core Strength: While this isn’t universally true, runners are notoriously weak when it comes to the daily fast-twitch activities like wrestling bears, felling trees, or God forbid the occasional pushup or two. Skiing without ever involving your core is nearly impossible. It’s taxing at first, but as funny as it sounds, running becomes easy after a winter of carrying poles, layers, and extra gear. And because skinning is much lower impact than running, you will get a chance to rebuild your joints and bones while still enjoying the benefits of weight-bearing exercise that swimming and cycling don’t offer. 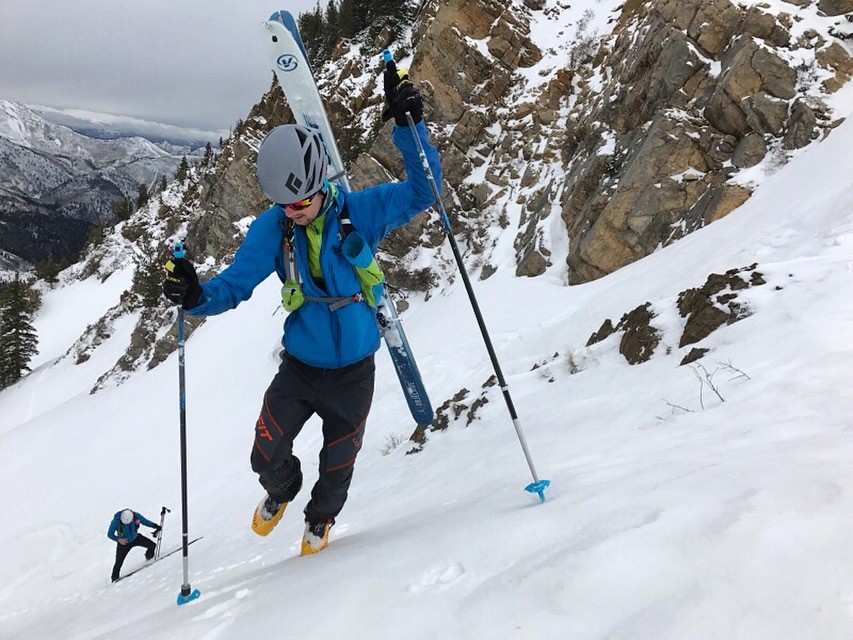 Building Comfort with Exposure: As the term “trail running” has evolved, runners have become some of the most versatile athletes in the mountain community. Depending on the day, a typical “run” can involve miles of rolling singletrack or vertical scrambling in dangerous terrain. Often times, these dangerous scrambles are done in nothing more than running shoes, which greatly increases the risk factor, especially for the adventurous runners that have never climbed before. Gaining confidence with exposure is a slow and methodic process that shouldn’t be rushed. With crampons and ice axes, gaining that confidence in a controlled environment is easily accessible and encouraged if you wish to proceed as a mountaineer. 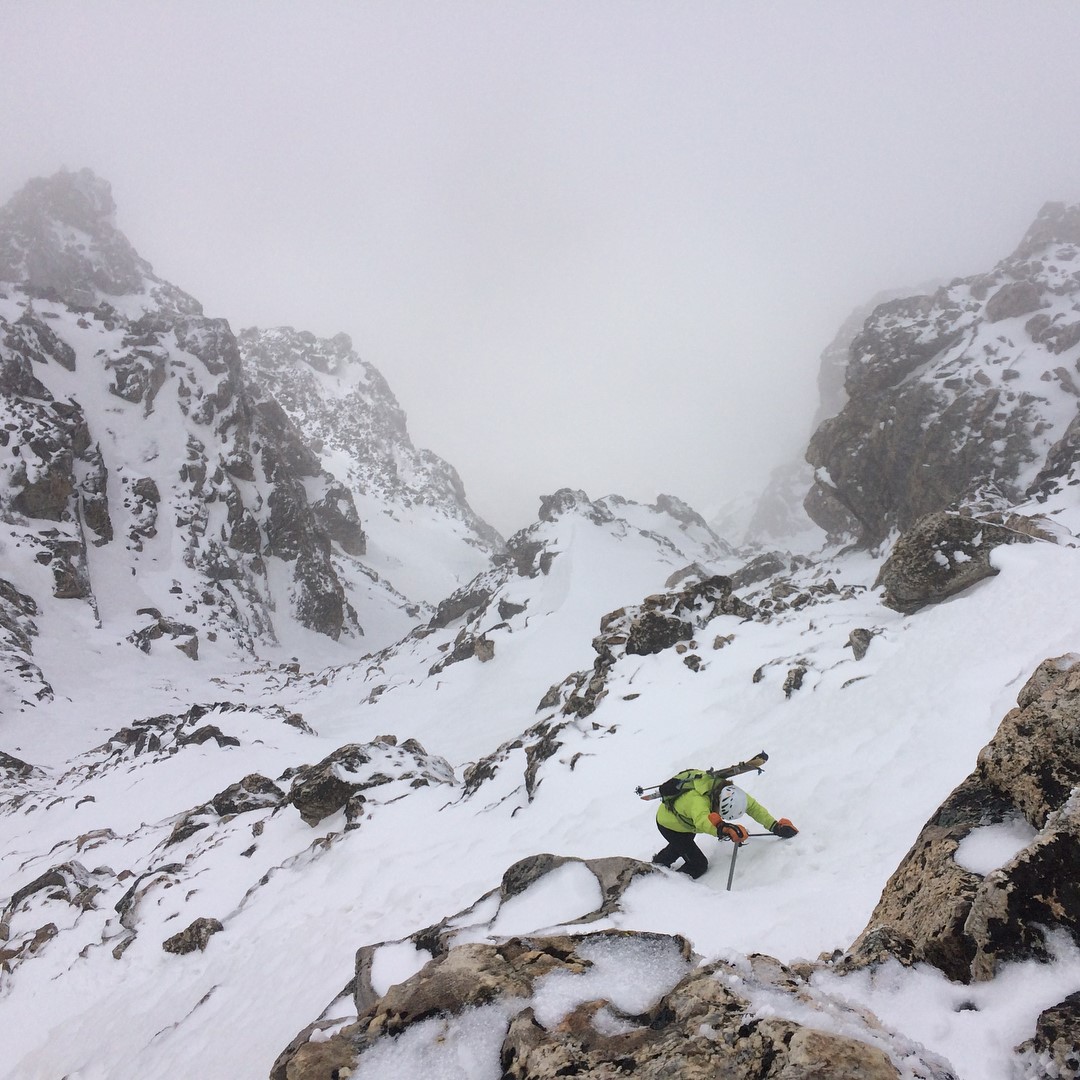 It’s Fun: No, seriously. This might be the best reason to start exploring ski mountaineering. Winter, the off-season, and base-mileage workouts don’t have to suck. If all of this talk about cross-training, workouts, and acclimatization hasn’t swayed your opinion yet, maybe this will: You get to ski. Not only do you get to ski, but while everybody else is paying $100+/day per person, per day for crowded and tracked out skiing, you get to ski the freshest high-quality snow that you have been dreaming of for years every single day. 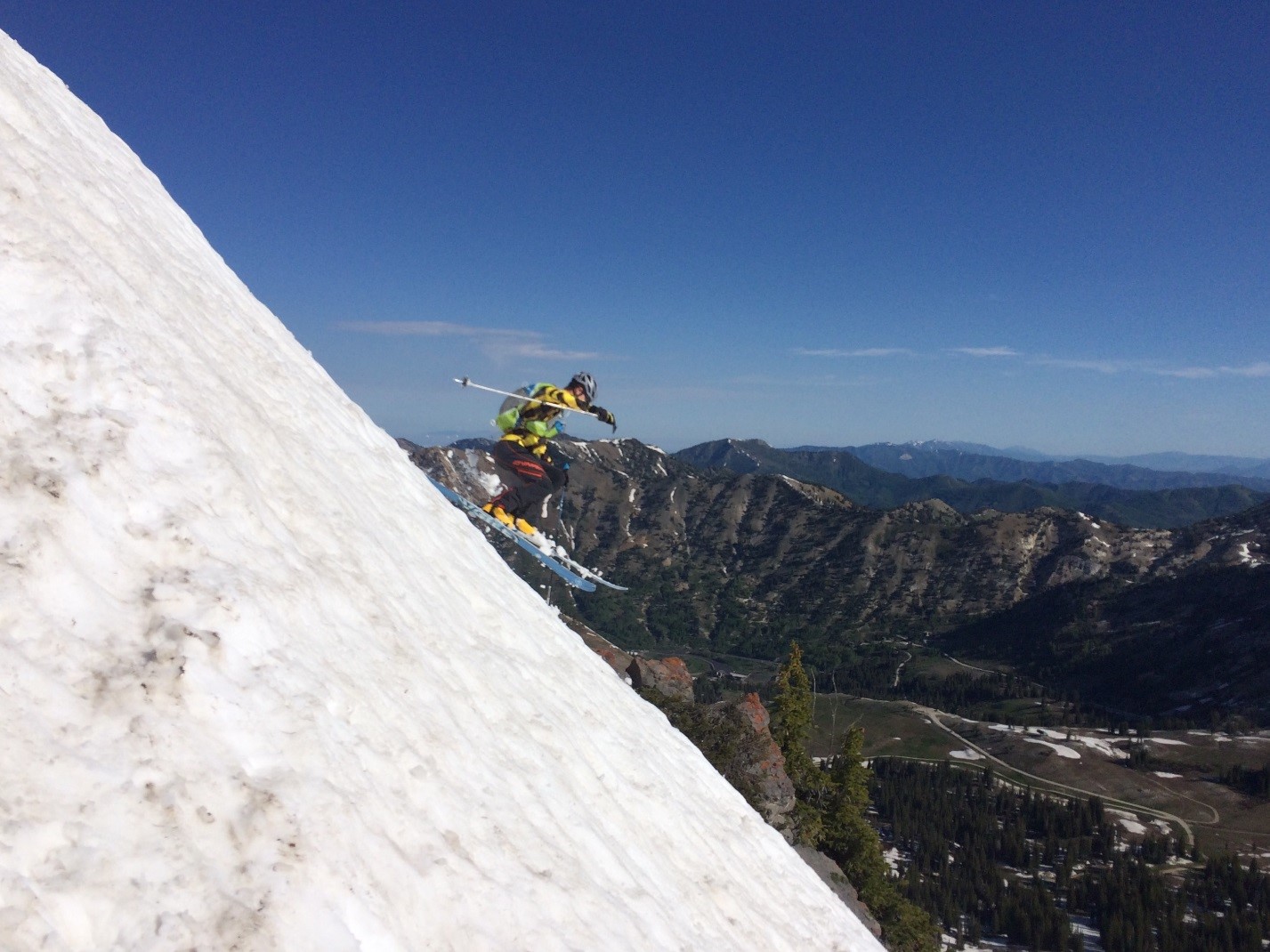 One way or another, skiing is fun and running is fun, but mountains are the playground that we all cherish. It doesn’t matter how you play, just make sure to get out and be a good ambassador.

UPDATE 2020 -- While this article is a few years old, we see many runners dipping a toe in the skimo-race world and ski touring community every season. Whether they plan to race, bag peaks, or simply stay fit during the cold months, we're happy to see 'em! After all, many of us are converts as well.

Trace Williams managed Skimo Co's web customer-service department from 2016 to 2018 and is responsible for the sale of many, many La Sportiva Syborgs and Voile Objectives. As one of the OG Skimo Co team members his spirit lives on! 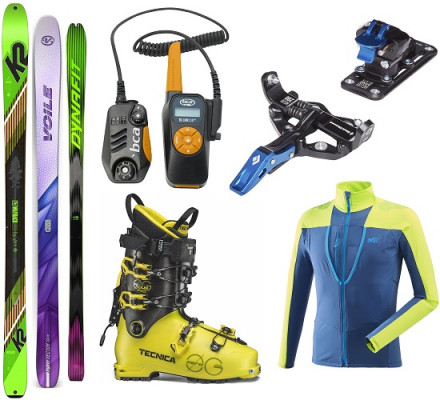 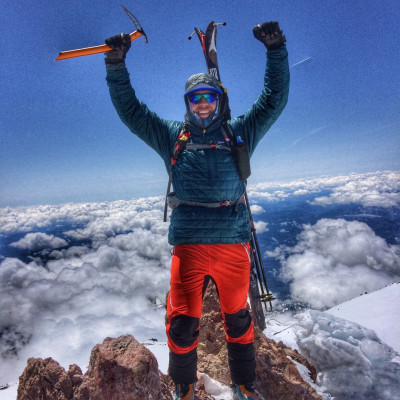