Yet again we found ourselves at the edge of the bergschrund. Above, a beautiful, white ribbon cascaded 800 feet down the flank of a ragged granite peak in the Alaska Range. We hoped conditions would be different this time.

Yesterday, we deemed the ‘schrund’s snow bridge too unstable - 90cm of unconsolidated snow was not very confidence-inspiring. Additionally, the rock faces adjacent to the route began to shed snow and ice around 8:00am, peppering the slope. All four of us agreed that turning around was the only course of action. Our party consisted of myself and three of my fellow guides at Saint Elias Alpine Guides. We were in the midst of an 8-day base camp in the Alaska Range before our season of guiding kicked off in the Wrangells. In total, our sprawling basecamp housed 17 guides, or about three Otter’s worth of gear and people.

Lessons learned on the first attempt, we settled on a 3:00am departure time for the following morning, which slimmed our ranks to two.

Harrison and I roped up in the crisp air of early morning. We were optimistic the lost sleep would yield enough time to safely climb and ski the line. Arriving at the base around 4:30 am, we prepared for the ascent. With crampons on and axes out, we turned our attention to the snowbridge. It was evident that small sluffs the day before had hardened overnight, providing enough strength to consider a crossing. Thinking light thoughts and on belay, we gained the far side without incident.

Regrouping, Harrison decided to transition and head down to a zone of safety back on the glacier. He felt more comfortable if he was able to maintain line of sight for the entire ascent/descent, should a rescue be required. As I began climbing, I stuck to the sluff runnel. The firm snow made for steady progress on the first 2/3rds of the ascent.

The upper third of the route had no such highway, and I found myself wallowing up to my hip in unconsolidated snow. More progress was being made into the mountain than up it. It was difficult to be so near the top, but seemingly unable to close the gap. In the time that I covered the initial 600ft of vert, I had progressed maybe an additional 150 vertical feet. With the top of the line in sight less than 50 vertical feet above, I knew I was out of time.

Pushing aside the desire to top out the route, I commenced digging a ledge for transitioning around 6:30 am. Once completed, I took a moment to soak in my surroundings. The sun was casting its first rays onto the eastern flanks of Denali, and illuminating the endless jagged granite and ice of the Alaska Range.

The high pressure system had held overnight. There was not a gust of wind, the sky was cloudless, and the world was silent. The only sign of human habitation was the bootpack, and the speck of Harrison far below.

Acutely aware that any dropped gear was gone gear, I struggled through a cramped transition. With skis on and all gear intact, I radioed down to Harrison, and got ready to ski.

The top half of the descent funnelled into an unsurvivable cliff band, and the second half was hemmed in by a large bergschrund with only a few feasible exit routes. Snow conditions were variable, with a barely perceptible suncrust on the upper reaches, a firm sluff path bifurcating the slope, and beautiful powder to round things out on the lower section.

Dropping in, I started out skiing conservatively. The thin crust and slough runnel on the upper portion proved challenging. Arriving at the small col about halfway down the route, I was able to catch a break and reset. Savoring the moment, I opened things up in the gorgeous snow conditions low on the route, and straight lined across the snowbridge I had crossed a few hours earlier.

Looking back on this day, I came short of skiing the route - or at least purely in guidebook terms. It is all too easy to let what ifs run through my mind. Would waking up for a 2:00am start instead of 3:00am have provided the buffer to allow me to slog to the very top? Or, was it really that much of a risk to be on the slope after 7:30am?

During the climb itself, it was difficult to turn around. It is unlikely that the weather, snow, and my schedule will align in the same way. Saying that I almost skied from the top will never be the same as “I skied the route”. And of course, despite studiously avoiding summit fever, I would be lying if I said that I was immune to the gravitational pull of the top. On this trip, I had little time to get attached to objectives, as a last minute itinerary change from the Wrangells to the Alaska Range left little time for ogling over maps. This certainly helped reduce expectations.

However, all of these thoughts can be powerful motivators to ignore one's intuition or education. When hellbent on an objective, it can take revisiting my motives to bring me back to the rational present.

What compels me to ski bulletproof Main Chute in October?

It is hopefully not for likes on the ‘gram, or earning my keep for backcountry ski partners. At the end of the day, I am there because I love skiing. Earning turns on 90% of a line is still a precious reward, and beats sleeping in any day.

Resisting summit fever is certainly not an inherent trait, nor am I immune to heuristic traps or external motivations. A myriad of past mistakes have paved the way for my current decision making in the backcountry. Whether it was experiencing wumfing after just exiting a 35° slope, or allowing summit fever to cloud judgement all the way to the top of a late season alpine objective, it is uncomfortable to acknowledge such mistakes in a wicked learning environment like snow.

On this objective, I am happy to have turned around when I did. I was gifted some amazing turns in an incomparable place. I accrued lessons to apply to future ski mountaineering objectives, and most important of all, everyone made it back to camp safely.

While certainly a grandiose backdrop for a story, the same decision making dictates my travel plans whenever I am in the mountains. It is why I spent much of last winter below the 30° mark, and backed off of the Y Couloir when two parties overhead surpassed my limit for shrapnel (yes, skiing the Y on a crowded Sunday is a bad idea).

It goes without saying that everyone is entitled to their own risk tolerance. However, it can be useful to remember what drives you to be there in the first place, because the mountains will always be there, but you may not.

*This trip took place in Denali National Park, which occupies the homelands of the Dena’ina, Koyukon, Lower Tanana, Upper Kuskokwin, and Western Ahtna according to the National Park Service.

Excellent Article Tristan, grateful to know you.
It can sure be difficult to back down from a summit. Being either weather conditions, or someone in the group wanting to turn back. I think it takes a real athlete to back down from the summit. There is always next time.
Reply to this comment: 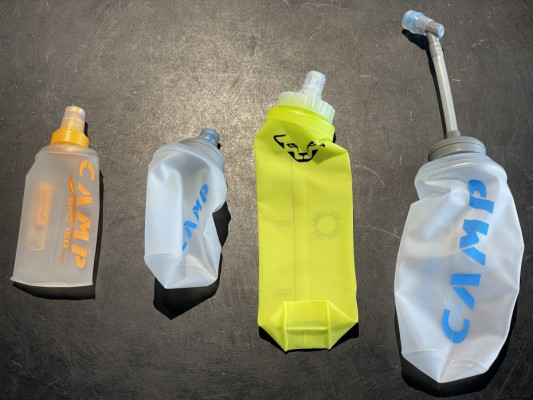 Hydrating in the Backcountry 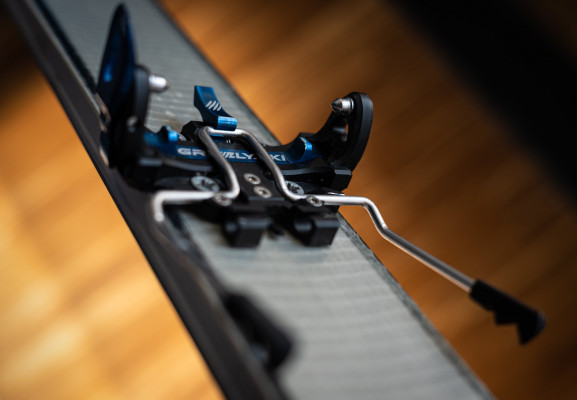