Brakes?! On a race binding?!

For those of us who have been skimo racing for a while, this year's new brake requirement will come as no surprise. The murmurs and attempts to implement this rule have been numerous over the years. However, if you’re new to the sport, or want to trade your fitness laps for actual sanctioned racing, this may be the first time you are hearing of this.

To the horror of weight weenies everywhere, the 2021-2022 season will be adding some grams underfoot. The international governing body of skimo, known as the International Ski Mountaineering Federation (ISMF), has added the following gear requirement to bindings beginning the 2021/22 season:

“Ski brake: Retention device for ski mountaineering which is designed to slow down a ski after a ski binding release or ski loss.

Uphill position: Arrangement of the ski brake during the ascent phase

Downhill position: Arrangement of the ski brake during the descent phase.

Braking position: Arrangement of the ski brake when set in Downhill position and the boot is released from the binding.”

All this technical jargon simply means that some skinny skiers now need a functional set of brakes for ISMF sanctioned events - the keyword being “some.” So don’t panic just yet.

The ruling applies to all ISMF World Cup Races, World Championships, and Long Distance Teams World Championships. Additionally, the brake rule will only apply to the ISMF race division, which will be composed of national team athletes. Those that are participating in the public division (athletes not associated with national teams) will not have to comply with a brake requirement.

So, what does all this actually mean for those of us racing in the US?

This season, the only ISMF race in the US will be the USSMA National Championship races in Vail. They will not be requiring brakes this year, but will during next season's (22/23) world cup year. All other US races will not yet require brakes. At the moment, the USSMA has not released any plans with regards to brakes for the 2022/2023 season or beyond.

For folks racing domestic events such as the Powderkeg, Power of 4, and Shedhorn - you don’t need brakes! Keep putting vertical onto your current beloved bindings!

However, if the rule applies to you or you’re looking to get ahead of the curve to future proof yourself from this ever-changing regulation, then you have two options: buy a race binding with integrated brakes or add brakes to your existing binding.

Perhaps the easiest option is to mount a brake-ready binding. Currently, the selection is limited but thankfully Grizzly has made a big push on this front as they produce two separate race bindings that have a clever brake integrated into the toe. A relative newcomer to the world of race bindings, Grizzly is a binding maker out of Slovakia that has an unwavering focus on keeping the grams to a minimum. Their lightest option is the GR 98, a binding with brakes that tips the scale at a scant 102 grams. You can trim this weight further by removing the brakes until they are needed for an ISMF race. Aimed at race skis, this binding has a couple release value options but functions somewhat similar to auto locking bindings from the past. The Grizzly Olympic is the more functional option at only 122g. It has a clear distinction between uphill and downhill modes with a few different release values and brake options for different sized skiers and skis. With this version, you cannot remove the brakes as they are part of the uphill locking mechanism.

Add a brake to your current race bindings:

For racers using the Low Tech Race 105 or 115, Dynafit has got you covered with their 30g solution.This brake and riser combination is also ISMF compliant. The original riser option may need to be removed for this brake to work.

The ATK Race Brakes are a more traditional design that mounts underneath the heel of any ATK race binding. At approximately 60g, they are still decently light. However, keep in mind, adding these brakes will change the delta of a binding, and will require different screws for the heel. The list of compatible bindings is long, including:

If you already have a set of Plum Race 120s, and would like to make them ISMF compliant, Plum has recently announced a solution. Hopefully, they will be available soon! Their Race Stopper will mount where the ski crampon mount would attach to the toe piece. At an additional 30g, this brake will be impressively light.

We will continue to update this article as we hear more information regarding both products and rules. However, you can also check the USSMA website, and the ISMF Sporting Rules and Regulations to learn more.

Will the Plum solution work on the 170s as well?
Hi Aaron, yes it should. We'll be adding more detail here as all these products turn from vaporware into material-ware.
Reply to this comment:

Post Reply
ATK has just announced their 120 g "Revolution World Cup Brake" binding.
The brake is stowed by the heel flap that covers the pins on the uphill.
As usual, very clever!

Looks like it comes with their rolling heel pin system too!
Hi Eric, thanks for the update, we are following ATK's work as well. Their initial design was a front brake but they went back to the drawing board. It caused the binding to be late in delivery for this season, but hopefully it will be worth it.
Reply to this comment:

Post Reply
Want to mention that Skitrab has their brake ready for the athletes. The reports is that the brake does not force the athletes to change their technique, but uses the excact same movement in TRANSITION AS before. Athletes seem very happy with This!
Thanks Fredrik, Ski Trab already has a brake system that works with their Titan bindings, but we are looking forward to the next iteration!
Fredrik es ce que tu as une photo ?
Reply to this comment: 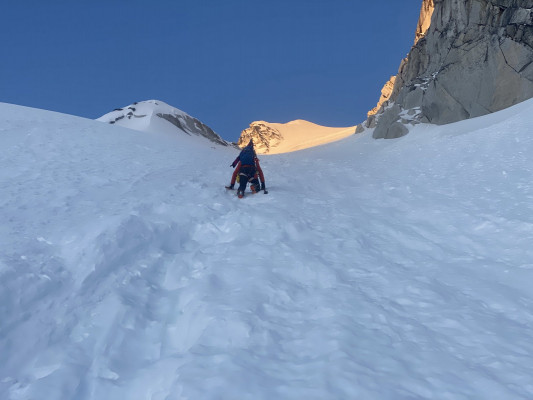 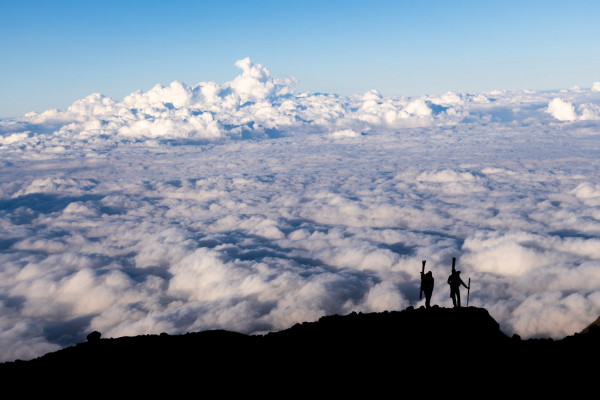 Setting the FKT from Skimo Co to Pico de Orizaba