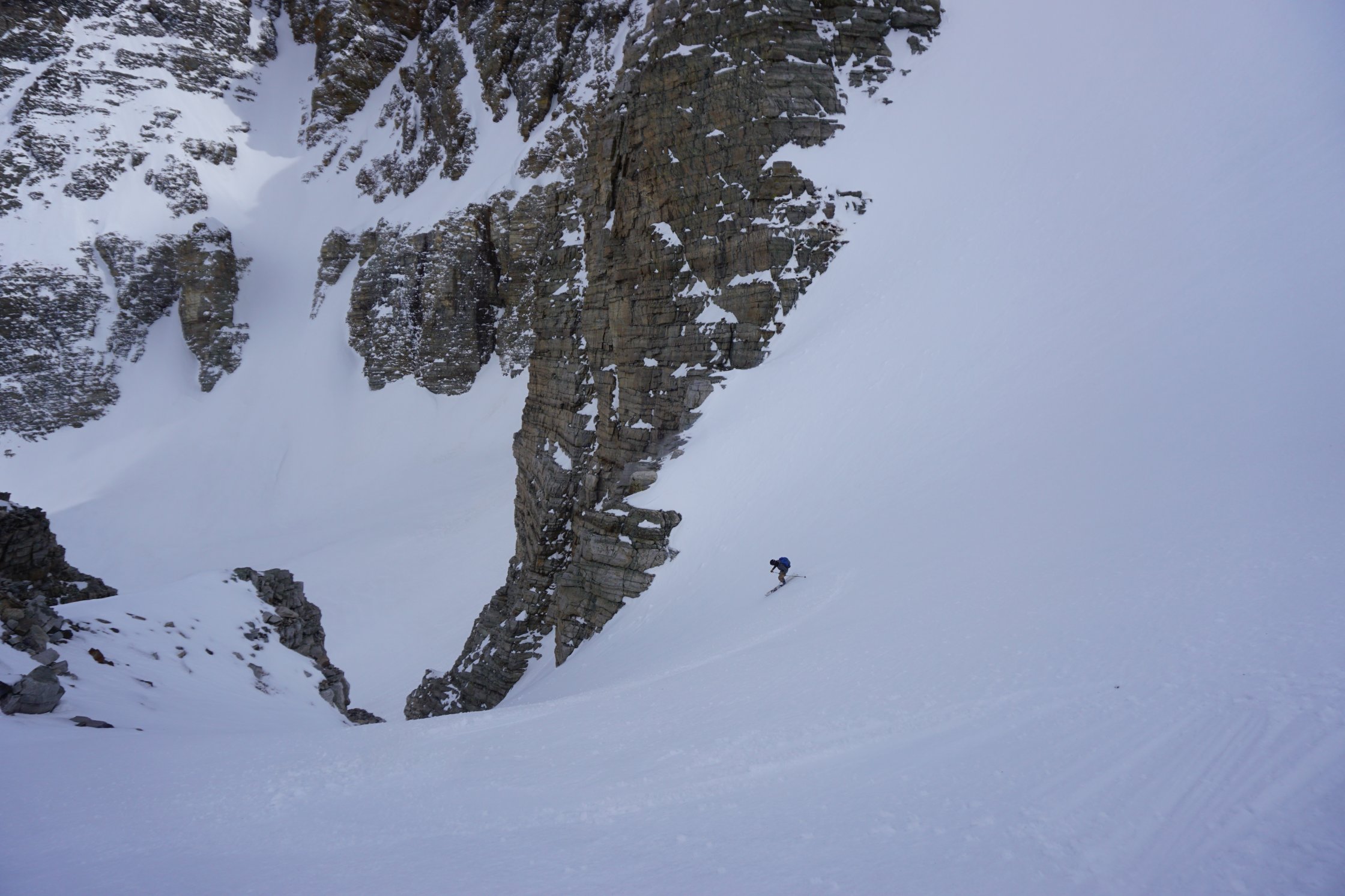 As the highest point in the Snake Range, Wheeler Peak is a worthwhile adventure for any ski tourer looking to shake things up. This summit is found in the center of Great Basin National Park, one of Nevada's crown jewels. Bear with me, if the term 'National Park' brings to mind images of bumper-to-bumper traffic, mobs of tourists, and campgrounds that feel more like college football tailgates, then you can feel free to relax. Great Basin National Park is one of the least visited parks in the system.

You can expect even fewer folks if you are visiting when the skiing is good (late winter - early spring), and it would be a rare sight indeed to come across another touring party on the upper flanks of the mountain. With the neighboring valley floors sitting below 6,000' the sheer amount of physical relief is staggering. Ancient bristlecone pines stud the landscape, crumbled rock faces rise 1,500' uninterrupted, and the remnants of Nevada's last glacier slowly melts into oblivion...it is a magical place to be.

There are a number of lines worthy of your attention, but if you are seeking a recommendation let me point you in the direction of Wheeler's hanging north face. This line consists of three unique sections as it wraps in a clockwise fashion north-northeast-east. The uppermost 1,000' is wonderfully airy and can feel a bit exposed as you ski alongside the massive northeast cliff. A large bowl welcomes you for the following 600' before you get a choice of three different couloirs for the final 600' drop to the glacial moraine. As you head north towards Brown Lake on your egress, don't forget to pause and give the 3,000-year-old bristlecones the attention they deserve.

Wheeler Peak often receives a good amount of snow, but not necessarily every year. Skiing is most reliable late winter, but on a good snow year you can seek out an incredible corn run on Wheeler's 2,000' south face. The high point along Wheeler's east ridge, recently renamed Doso Doyabi, sits at 12,771' and has a series of world-class couloirs dropping north from near its summit. Highly recommended to summit and ski Wheeler before booting one of these stunners.

From the town of Baker, NV head west on the main park road before taking a right hand turn towards the Lehman Campgrounds. Much of the season you can expect to have to park at the Lower Lehman Campground. This approach description assumes this starting point. Follow the Lehman Creek trail west as it climbs towards the Wheeler Peak campground and trailhead. You may be enticed to cut cross-country, but having done so myself, I recommend just following the established trail. Hopefully at some point along the trail you hit snowline and can begin skiing. From the Wheeler Peak campground area at the end of the park road head southwest towards Teresa Lake and then a north face low-angle bowl. This bowl takes you right up to the summit ridge. Pick and ski your line!

The final walk to the true summit does have some major exposure if one were to fall for some reason. On the way down just make sure you know which ribbon of snow you are following as the ones further skier's right lead off the cliff.

Indulge in the darkness two ways...stay up late and experience the wonder of a designated International Dark Sky Park; then, take a guided tour of the Lehman Caves. For those interested in an entertaining traverse of the park, start down in the Snake Creek drainage and bounce your way north from Pyramid Peak to Baker Peak to Wheeler Peak to Doso Doyabi! 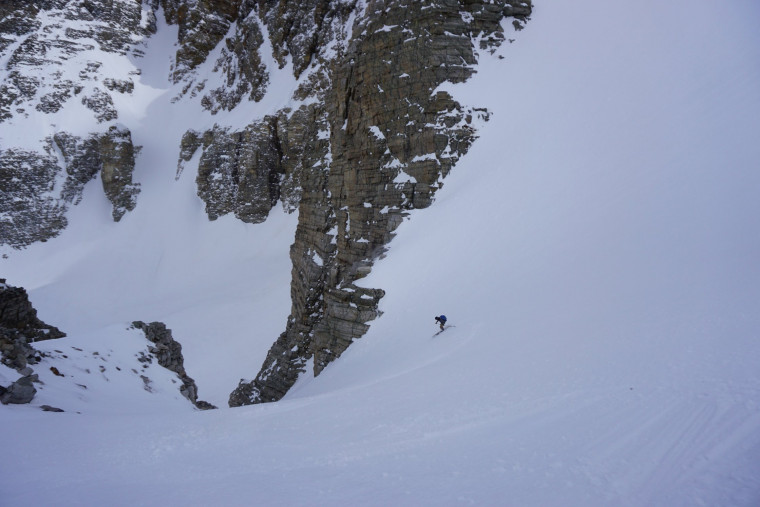 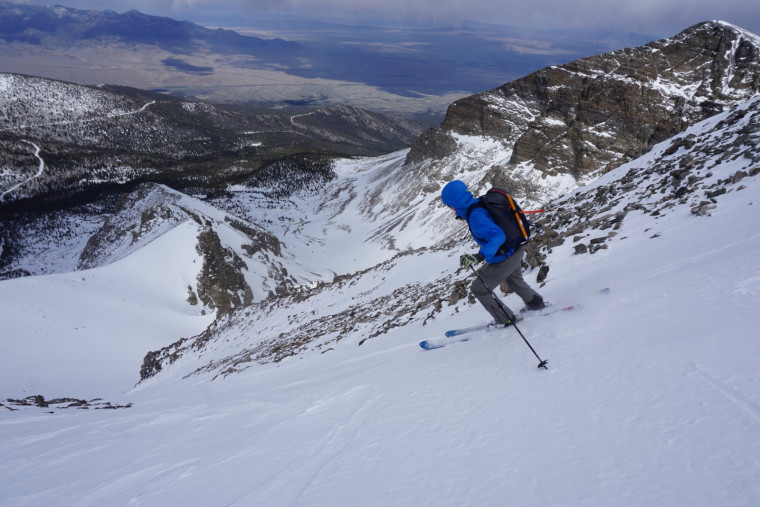 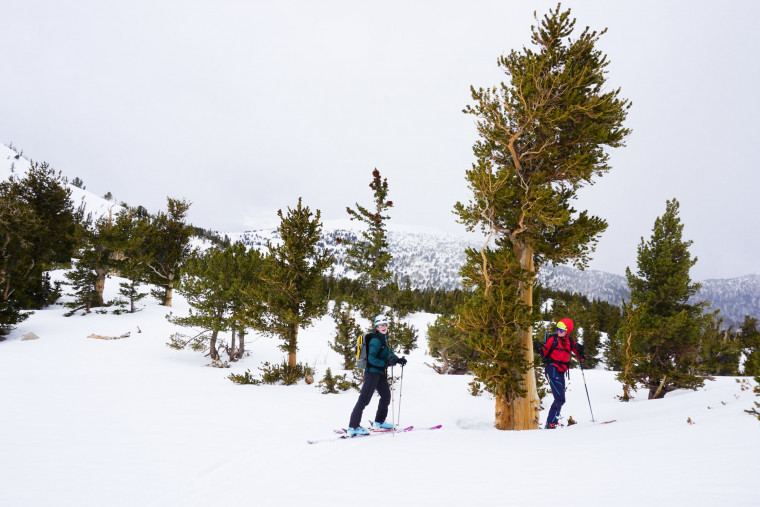 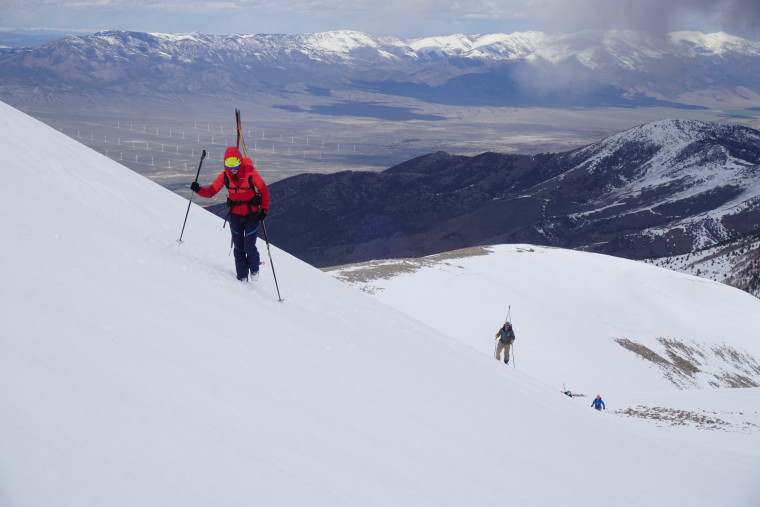 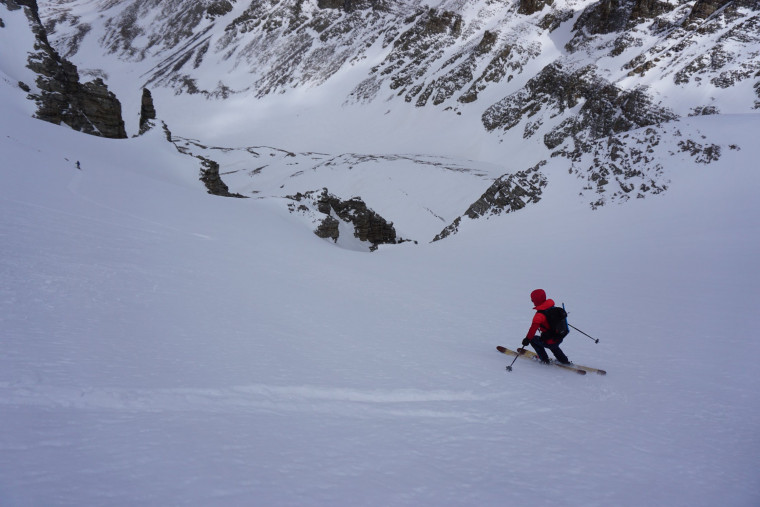 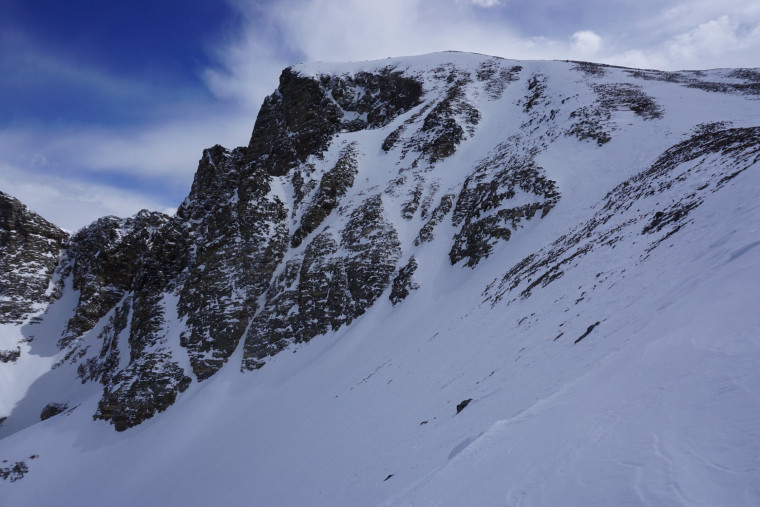 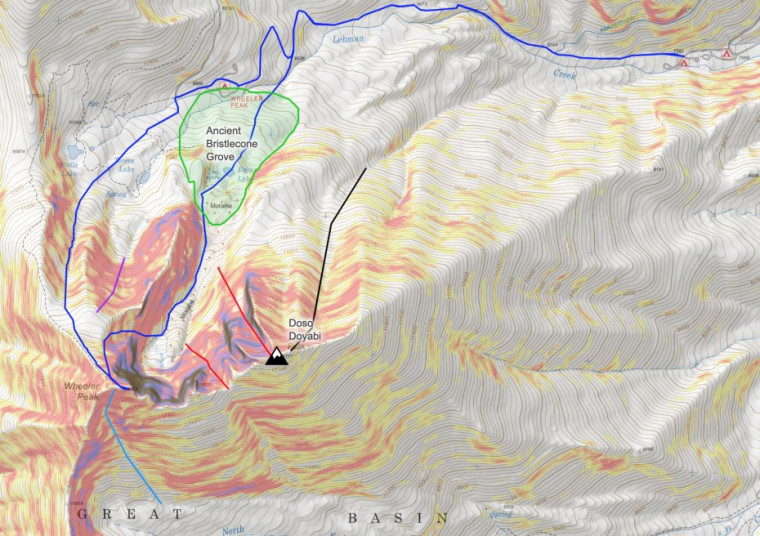