Short Version: They are equivalent.

The person or persons who make something popular often end up with the naming rights to that something. This is not an obscure legal process, but rather is one controlled by evolutionary linguistics. Say something often enough to enough people, and the name will stick. 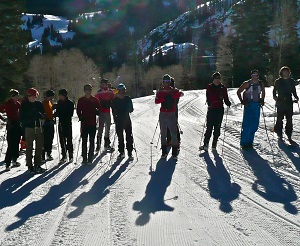 So it is with the case of randonnee racing. Randonnée is a French term for ski touring. And the French, similar to other European cultures, like to turn ski touring into a race. They've also talked about this proclivity enough to enough people. Consequently, English speakers have often used the French term when it comes to racing up and down mountains on skis.

Unfortunately for the sake of simplicity, the etymological story does not end there. While we cannot begin to explain the cause of this phenomenon, there seems to be some linguistic or cultural barrier to full English acceptance of French words. They are two different languages after all. Mention randonnee to someone and chances are you will get a quizzical stare.

There are a few obvious barriers for English acceptance of the term that we can point out. It turns out to be rather difficult to get an accent aigu (´) over the letter "e" on an English keyboard. As such, it's often left out, something of which this article is already guilty. It's also unusual to see a double "n" followed by a double "e" in English. This may explain why one of the n's is often missing, resulting in "randonee racing".

A picture starts to emerge as to why some English speakers just leave off the n's and e's altogether. Shortening words is not just an Australian habit, as it's not uncommon to hear of someone winning a "rando race". It certainly is easier to say and type.

Going further, many English speakers seem to want nothing to do with the French term at all. They describe the basic activity as alpine touring or ski mountaineering. These are recognizable concepts and have a fighting chance of being understood by a native speaker without further explanation.

Unfortunately when you combine those native English concepts with the idea of competition, things go sour. "Alpine touring racing" and "ski mountaineering racing" simply do not roll off the tongue as well as "football", American or otherwise. If someone is to talk about a sport, they need to be able to refer to it in under a minute.

Consequently, the terms "skimo" and "skimo racing" have begun to gain in popularity. This is a handy amalgamation of ski mountaineering that is easy to say and type. It flows off the tongue and has a nice ring to it. Obviously we think so since we named our organization Skimo Co, short for The Ski Mountaineering Company.

In the end, the sport involves racing up and down mountains as fast as possible, leaving little time to mull over the linguistic intricasies of what one is doing. Regardless of which term or terms gain favor over the long haul, people are going to participate. There will be winners and losers, glory and pain. We hope you enjoy all of it.

Fascinating! Doesn't quite ring true for English English, nor for that matter American English. English English is full of French words and words derived from French (as well a Hindi, Urdu, etc e.g. avitar, bandanna, bungalow, shampoo, cot, thug, etc. all either Hindi or Urdu). The French in English, at least in part, is due to the fact that French was the language of the English aristocracy and intelligentsia for a significant part of history. After the Norman invasion of 1066, Norman French, Anglo Norman, and Law French were languages used by officialdom in England. From that time through to Henry VI's time (who was also king for France) French was the dominant language of all but the common people. Naturally, even within the common language there was a significant adoption of French words and phrases. It was not until the Tudors came to power, Henry VII reign, in the late 1400s (around 1490) that English was used in law in England, which signaled the ousting of French as the 'official' language. There's much more to the story of French in the English language, but that will do for now. Suffice to say that there are thousands of English words which are French, or originate from French. In England, snow peas are called mangetout (if you ask for snow peas you'll probably get a blank look. Ask for mangetout and the grocer will know what you are talking about). Zucchini are courgette, egg plant - aubergine, program is spelt programme. Many of the words beginning with acqu... are French in origin e.g. acquire, acquisition, acquaint, acquiesce. Acoustic is French. We use the term après-ski, don't we? Adhesive, adjective, adjoin, afraid, alert, algorithm, anus, apathy, appetite, appraise, arrange, arrogant, arsenal, augment, avoid, avow, await, award, axiom, through to zany, zenith, zest, zigzag, zodiac, & zouave. All from French! As you can see, even in American English, with it's often altered, less French-like spelling, there are thousands of French words. Do we not rappel? I rest my case for randonneé. As an endnote, all languages are a mishmash of other languages. Maybe Khoesān is a pure language, but I seriously even doubt that. As for English, resulting from its history and the extent of the British Empire it probably has more 'other languages' in it than most...
Hi Stephen, this is the best comment we've ever received, thanks! I'm guessing you speak Esperanto?

Point taken in regards to adopting French words. Within the context of skiing, at least in our area, nobody uses the term Randonnée. And we rarely enjoy après-ski after a tour; instead we are usually hustling to work! Rappelling is approved versus abseiling, however.
Reply to this comment: 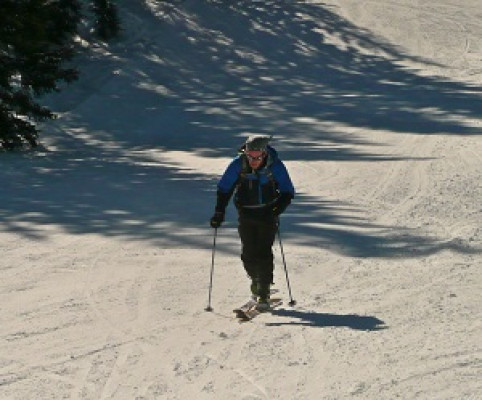 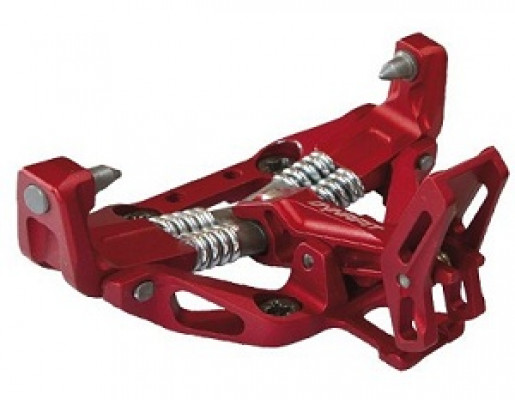