Unless you live near glaciers, there comes a time each summer when the mountains are significantly more brown and green than white. And although we’d never officially suggest hanging up your skis, sometimes it does make more sense to leave them at home (we do love efficiency). When this is the case, we still recommend getting out there, but with a pair of trail running shoes instead. This is why we started SkyRun, after all.

So for those of you who love skinning but aren’t quite sold on its summertime equivalent, let us explain why it’s wise for skiers to spend their off-season running in the mountains. 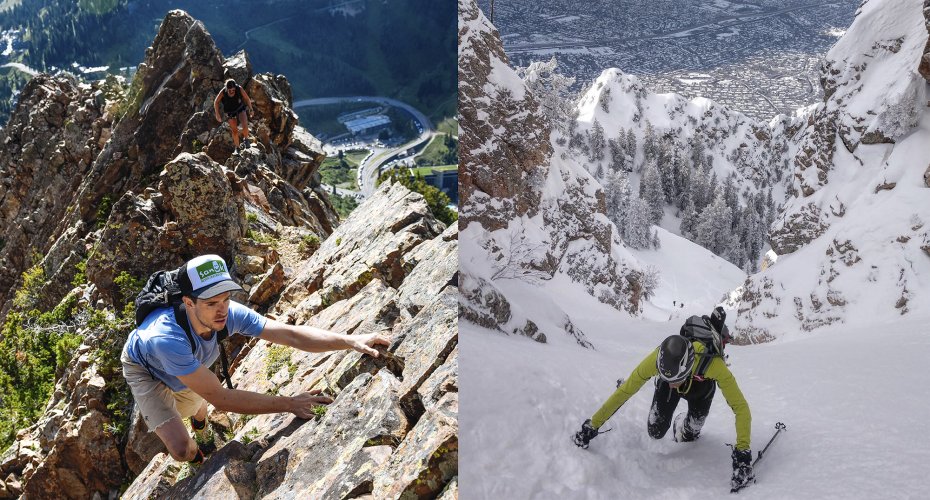 Let’s start with the reasons you backcountry ski. Do you tour to experience the freedom of movement in peaceful, beautiful mountains? Trail running also affords you that opportunity. Do you tour to challenge yourself, push limits, and get an endorphin high? Whatdya know, you can also do all that while running! Do you only tour to make turns in deep, bottomless powder? Okay, so that’s the part that’s different. We can’t lie, nothing beats waist-deep powder. But unless you fly to South America, you’re not getting that this time of the year anyway. Hey, 2 out of 3 ain’t bad.

Not having to worry about avalanches is one major, undeniable advantage of running. You also don’t have to monitor several months' worth of weather history to determine if where you want to go is good, bad, dangerous, or even filled in. Aside from the occasional stubborn patch of snow or afternoon thunderstorm, running in the summer is usually free of truly bad conditions. This allows you to consistently set plans and goals, days in advance. No more group chats trying to figure out where to go the night before. In fact, you can even ditch the group altogether and go for a solo jaunt now that you don’t need your partner to pull a shovel out of their pack to save your life.

* Not including Dynafit DNA Pintec Boot. Or SCARPA Alien 3.0. Or Dynafit DNA Boot By Pierre Gignoux. Whatever, you get the point.

Scout Lines for Next Year

Have you ever looked at a map and thought that there’s probably good skiing in that nook of the range? But when push came to shove, you weren’t willing to waste a precious powder day on that gamble? That’s where running comes in. Go explore every last nook, drainage, ridge, gully, cirque, couloir, and face you can find on a map. Come winter, you’ll confidently know if the juice is worth the squeeze!

Or how about that age-old conundrum of finding where to go skiing when the snowpack is still low tide? Take a hard look at those early season zones to see where exactly the sharks are lurking beneath that shallow snow. Once you discover the grassiest slope around, you’ll be able to gleefully avoid core shots and ripped edges!

Lastly, if for no other reason, running will at least allow you to maintain your fitness for next season. You’ve toured all winter and gotten those quads and lungs used to long days of climbing vert. There’s no point in letting it all go to waste sitting by the pool with a sixer! Running is the sport most applicable to ski touring since there are so many similar movements. Sorry climbing, pumped forearms don’t translate well (unless you only ski the Triangle couloir). Time to start lacing those shoes! 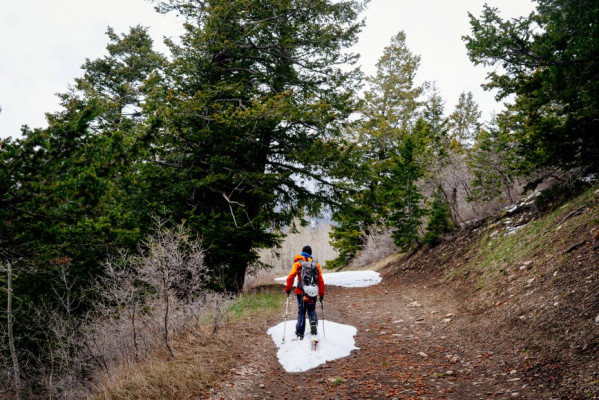 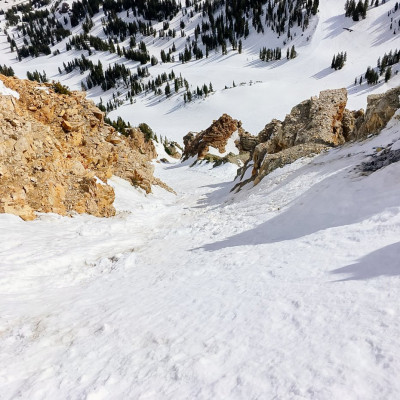 Skiing the Wasatch in May