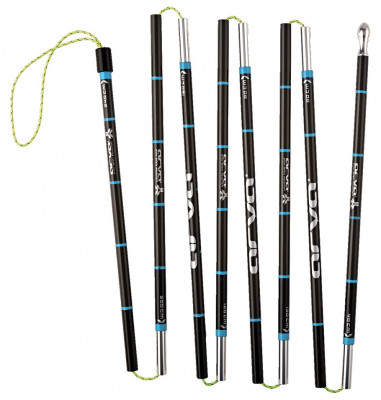 As light and awesome as the Carbon 240 Light probe is, the one drawback can be its length. The 43cm folded length can make it awkward to fit in shorter skimo race packs. Disliking drawbacks, ARVA decided to make a compact version which has a folded length of just 33cm. This is accomplished by having eight sections instead of six and making the probing point sit flush. The tradeoff is an extra five grams (0.2 ounces) and possibly another second to get the probe assembled when you need it. The Carbon 240 Compact is just about the lightest probe you will find and stuffs easily into your pack, making it exceptional for racing.

I have kept this probe in my pack for two years. I've deployed it a few times just to make sure everything still works. So far so good.

I can compare the ARVA probe to basic metal models from G3 and BCA. The ARVA probe is a little less user friendly and a WHOLE LOT LIGHTER. The weight was the bottom line for me and why I went with this probe. I hope to make decisions that keep me from needing to use a probe in the first place. Why not go with the lightest model possible when likelihood of use is so low?

This probe has been mixed with other equipment in my pack's main and only compartment. It moves around and comes into contact with other items like my shovel and first aid kit. In inspecting the cord used for deployment, it appears to be slightly frayed where it bends to exit and enter the probe sections. This wear, while not completely unexpected, is the reason for docking a star. If you keep your probe in dedicated sleeve/compartment, you won't likely experience the same issue that I have.
Comment on this review: 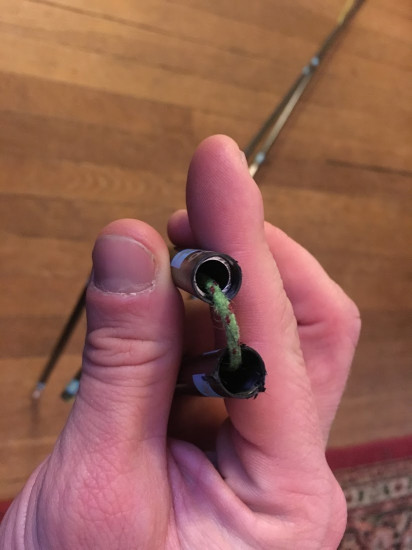 This probe failed during assembly today in a fashion rendering it useless, namely: one of the "male" silver pieces designed to fit into the "female" carbon tube got pushed back inside its containing sleeve, so the probe was incapable of being fully extended. Fortunately this occurred during a rescue drill and not a real emergency, or the consequences could have been quite serious. The probe was essentially brand new, having only been assembled once or twice to test that it would assemble. No piece of emergency equipment should fail like this under light, intended use.
Reply from jbo
Hi mbillie1, this looks like a warranty situation. I've filed a claim for you!
Comment on this review:

Overall: Five Stars for sitting nearly weightlessly in your pack to meet ISMF race regs (Section 9, Appendix 2). But as an avalanche safety instructor for AIARE and NSP (as well as an American Avalanche Associate governing board member), I feel compelled to subtract a star for backcountry companion avalanche rescue as assembly is potentially less easy than for more mainstream models, so Four Stars overall.

Background on product familiarity: I bought the ARVA Carbon 240 Light probe during the 2012-13 ski season, but mainly it just sits in my pack. I then bought the new Compact version for the 2014-15 season since it fits very nicely inside the absurdly short probe sleeve of my original-generation Dynafit Broad Peak 28 pack. Since the Compact version simply has two more sections, with each one a shorter length than any other probe on the market, see my review of the ARVA Carbon 240 Light for details. (Although note that the additional knot that forms a grab loop at the end has now been bulked up sufficiently so that you no longer need to worry about the concern in that older review for the cord slipping through all the segments.)
Comment on this review: