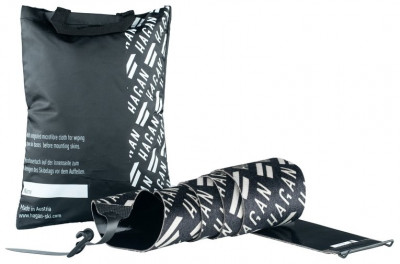 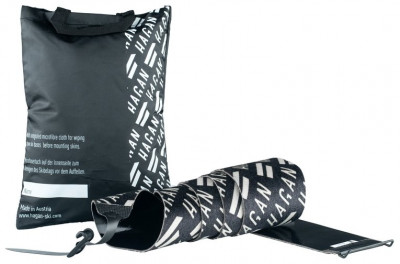 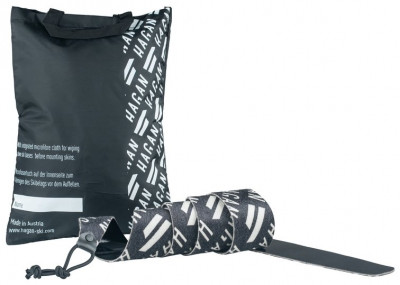 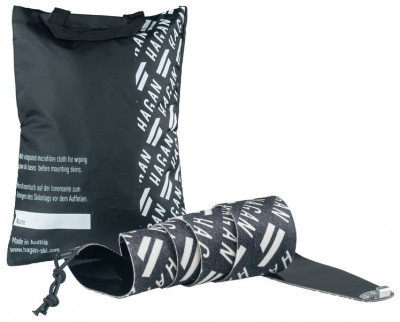 As the bards have constantly reminded us throughout the course of time, there are a few inevitable realities that cannot be escaped: death, taxes, and messing up trimming your newly arrived climbing skins. Thankfully, there is a solution! These skins are, as the name implies, precut perfectly to match the oh-so-tantalizing curves of select Hagan skis. Being comprised of 100% mohair, they pack nicely to fit in a jacket pocket or stow out of the way in your pack. The skins feature Contour's latest Hybrid Adhesive technology, which combines two different layers (a special adhesive and silicon) to create reliable base hold in colder temperatures while still remaining easy to rip for faster transitions. For the skin that matches the character and curves of your Hagan skis, the simple fix is the Hagan Hybrid Precut Skins! 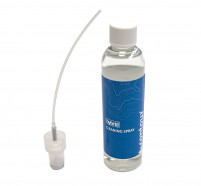 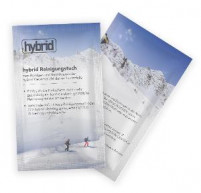 I have a pair of the Ultra 65 skins. I can't remember the length, but based on my experience in setting these up for other racers, the 151cm is definitely long enough for the 161cm ski, and probably even too long for racing (on anything other than excessively steep skintracks). So don't worry about buying the "correct" length, but do remember to cut down the length before a race. (I typically start off using skins at full length for training initially, then cut them down for length before their first race.)

Skin laminate is a bit thicker than usual, so a bit heavier than usual. Noticeable when hanging them up to dry, but I’ve never noticed it when skinning. Somehow never got around to weighing the differential.

I’ve used my pair enough to wear down the plush/fibers/hairs to the point of retirement (after a typical amount of use for that much wear). The simple yet effective bungee tip has held up just fine, although I do know some racers who have managed the snap the bungee by using it to pull off the skin (i.e., as opposed to using the bungee to remove the skin from the ski tip notch, then pull off the rest of the skin by holding onto the front end of the end, not the bungee).
Despite such extensive use (and abuse), the glue is still like new: no debris and original tack. I’ve never used the included wipe, or the after-market spray, but I have a large work sink when I periodically wash off the skin with diluted dishwasher detergent.

In anything even remotely resembling normal winter snow conditions, the glue is magical: sticks to your ski base, but barely sticks to itself. The dreaded rats-nesting is impossible! So a perfect choice for Sprint races or crit-style evening races.

In any sort of wet conditions, forget about it. Or rather, don’t forget to bring another pair of race skins, with traditional glue! We had one race this season for which the recent powder had turned during the prior night into water-saturated mank. My pair had been fine for numerous laps during the prior day, yet failed catastrophically when I was out during the final course marking early on the morning of the race. Anyone using these skins for the race suffered greatly. (Must have led to a bump in Skimo Co race skin sales the following day as I directed all the racers who had only these skins to buy my favorite traditional-glue model here!) Ditto for the final race of the season that was held in nearly room-temperature conditions with water-saturated spring snow.

So if you’re running a quiver of race skins and/or race only during winter conditions, these skins are great! Otherwise, stick with traditional glue.
Comment on this review:

I wonder if the Ultra 77, 170 cm skins could work with Movement Race Pro 77, 168 cm skis. Kinda like the idea of having a spare with tail clips in my pack. Or would they be too long and, if so, what other similar skins would you recommend?

Also, are the Ultra 77 skins "precut" (shaped) or straight as race skins?

And finally, are the Ultra 65 151 cm skins long enough to cover the full length of 151 cm long skis and could be thus potentially used for race skis around the 160 cm length, leaving a few inches at the tail end exposed?
Answer from Brett S
Hey Karl, out of the box, the precut skin for the Ultra 77 will not work with the Race Pro 77 as it is too long and has a very different sidecut (it is shaped). If you're after a mohair skin, building your own with the Kohla Alpinist material would be a good option! Finally, the 151cm skin for the Ultra 65 is finished for a 151cm ski and would be too short for a -160cm ski.
Answer this question:

Hello,
What's the adjustable range for the boost junior skins? are they compatible with the Hagan Boost Junior skis in 145cm?

Thanks!
Answer from Brett S
Thanks for your question, Chris. The 125mm is only for 125mm ski and unfortunately won't work with the 145, sorry about that! We do sell skins off the roll which might be a cost-effective way to get skins for that ski. Please let us know if you have any other questions!
Answer this question: