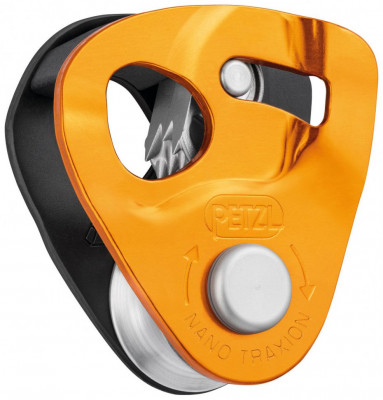 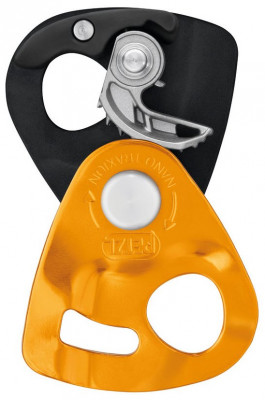 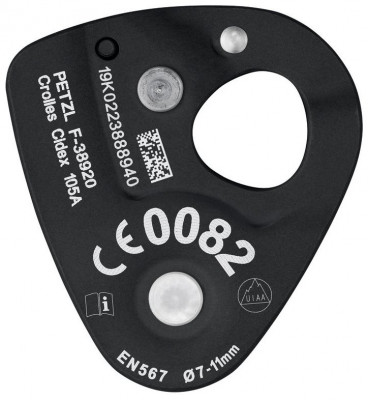 Only Petzl could design an even slimmer, simpler yet truly well-crafted and elegant progress capture pulley in the wake of the famed Micro Traxion. Behold the Nano Traxion! This nifty piece of gear was seemingly created with weight-conscious ski mountaineers in mind by shaving off even more precious grams for an already extremely compact device. The Nano Traxion now provides users with the ability to utitlize ropes down to 7mm in diameter, along with eliminating the lockout feature of the camming mechanism. The sealed balled bearings keep efficiency excellent at 91% which, where I come from, is enough to earn you an "A" in class. From crevasse rescue, emergency rope ascension, or hauling, the Petzl Nano Traxion is now making all of us think “léger est juste” or light is right. 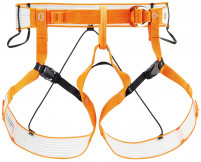 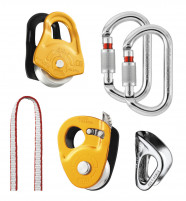 I've previously had the Mini Traxion and the Micro Traxion. I never would have thought that Petzl could make the Traxion even lighter and more compact, but, well, somehow Petzl obviously thought of a way to do so!

You do lose the cam disengagement feature. But you retain the same official efficiency rating. And the lower bound for the official rope diameter drops by 1mm. (My understanding is that the Micro Traxion probably would also pass for 7mm, but it was tested back before ropes that skinny were much of a consideration. Either way though, nice to have the official reassurance of compatibility.)

Overall, for carrying crevasse rescue gear that is highly unlikely to be used for real, yet is highly user-friendly should it be used for real, this is pretty much perfect. Plus just fondling something so small yet so useful is a hoot – the pictures don’t do it justice!
Comment on this review: