Hagan has been working diligently for years on shaving weight off of its race ski. Having reached practical limits, they’re now focused on making it slay the toughest of conditions. The updated version of the X-Race ski features ABS sidewalls for improved strength, edge hold, and rock resistance. They’ve tweaked the shape, profile, and length to maximize power transmission and control. The updated version tracks true and has a higher top speed. It’s also a little quicker due to the shortened multi-radius. The Hagan Race ski is even more of a podium contender in its latest incarnation.

Update 2019/20: Hagan made some very minor cosmetic updates to the topsheet, but the internal construction and overall aesthetic of the ski remains the same,

These are my first pair of race skis and remain a reliable ski for both groomed and variable conditions, especially in New England. Light, quick and reactive at high speeds. While I did not purchase these brand new, I paired the skis with the Black Diamond 145 bindings and have been happy so far with the overall durability.
Comment on this review: 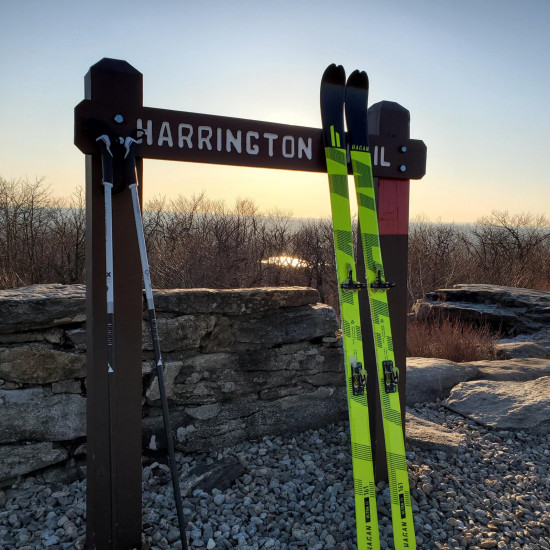 These are my second pair or race skis, coming from the 2012/13 Orange X-Race skis. These are so improved. At speed they feel very damp, very little chatter for a ski so light. The mini-sidewall must be helping a lot. Really a fun ski for racing and training. When I've had them in ungroomed conditions, they were still a very reliable ski. Can't wait for my next day out on them.
Comment on this review:

These skis are an improvement over the previous generation X-races with the square tip, particularly in firmer conditions, as they seem stiffer and can really hold an edge. They're basically a mini ultra, which is also a big improvement over the previous generation cirrus. The mini abs sidewall is great as well and should improve durability. I had sidewall separation on the older x race, cirrus, and have seen it on atomics too which are all cap construction. While I was able to epoxy them all and extend their life, I'm hoping the abs sidewalls make that a non issue, and of course it'd be easier to get a clean repair job if they did.
Comment on this review:

What length should a 5'8 ish skier weighing 158 lbs use? Or does it really matter?
Answer from Trace Leches
Hey Kevin, I'd probably go with the 161cm ski. The shortest length that men are allowed to get away with in racing according to the ISMF is 160cm, while women can jump down to 150cm.
Answer this question:

My third pair of Hagan race skis – and I’m still using my prior two pairs, even the old white/blue/orange X-Race model from 2012 with over half a million vertical feet so far. (Before that, I had the original Movement Fish-X, and before that the Atomic MX:20 and TM:11.)

This review is for the 2017-18 version of the Ultra 65, mounted with Hagan Ultra bindings, driven by the Scarpa Alien 3.0 boot (for the ultimate in color coordination). That boot is actually the reason for the ski purchase, since I didn’t want to remount (yet) my white/red/black X-Race (currently set up for shorter boots) with an adjustment plate for the longer Alien 3.0 bsl.

My training with the 3.0 has been on the 2012 X-Race, and I’ve been using the newer X-Race for most races, so I’ve used the Ultra 65 only once so far. I was so confident that it would ski so well that I used it for the first time in a race, even using older skis (Hagan Cirrus) to mark the course that morning.

Descents that day were almost entirely moderately steep cut-up powder, with six segments of a tight bump run. Skied great, even with zero prior familiarity as to what to expect! Also skied fine on a quick groomer back to the resort base. Looking forward to more races on them next season!
Comment on this review:

I chose these to be my new race skis as they appeared stiffer/stronger than the previous model. I paired them with Hagan ZR bindings.
So far, I have skied them for 5 days (including one race) and I can confirm that they ski a lot more to my liking than the older version. The tail is stiffer so even in breakable (crust) conditions it continues to carve out the turn. The float in soft deeper powder is little less than older version but overall the performance is much improved in my opinion - less chatter and more stability at higher speeds.
For skinning, the newly shaped tip (and improved tip torsional stiffness) makes noticeable difference when traversing hard packed slopes. Also, the skin has a better coverage under the top 30-40cm of the ski due to the shape changes.
Weight out of the box was 704g and 708g, so still very light even after the reinforcements.
I will update this review on durability as I continue skiing them.
Comment on this review: 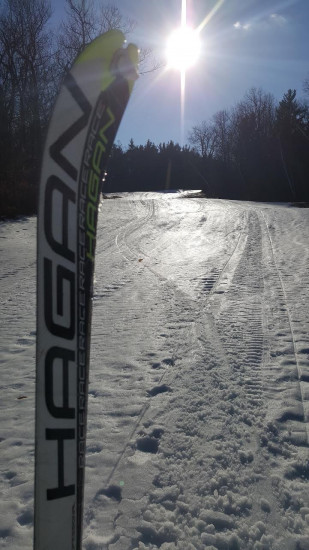 I really, really like these skis. Admittedly I've only skied one other pair of dedicated race skis - Dynafit Race Performance- but I have skied many pairs of skis in my life, and many pairs of backcountry skis, which is my overall basis for comparison. I think Hagan did a smart thing here by incorporating the mini-ABS sidewalls, even at the expense of a few grams (although the weight is still absolutely competitive for the ski category). As a result, the ski can hold an edge pretty darn well for something so light. If you pair them with any of the modern carbon fiber race boots, you will be quite impressed with how well the skis can carve trenches on hardpack. I've also skied them in bumps, powder, and day-old chop- while in the heavy stuff they are subject to the inherent limitations of a ski their size, the rocker helps tremendously and you can get down if you're alert, centered, and on top of the skis. So five stars for skiability! I can report back on durability closer to the end of the season.

The weight is where it needs to be to be competitive, and other details are there, too- a tip that easily accommodates a variety of skins, a reinforced mounting area, and kickass graphics. There's a reason why you see so many Hagan skis on people's feet here in our east coast races!!
Comment on this review: