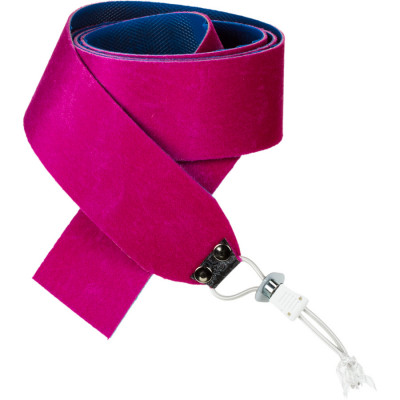 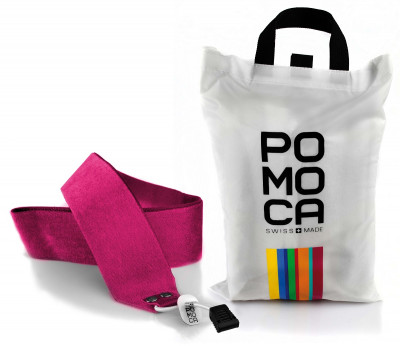 What exactly is in the Pomoca Race Pro skins is unknown, as the formula is a trade secret. What we do know is they glide incredibly well yet can still scale an icy slope. So we have to conclude that the hand-selected raw materials and special chemical treatments are a good choice. Used by the European racing elite, these Swiss manufactured skins will help you to the podium in classic pink style. Choose the 62mm for those slick days or the European favorite 59mm for normal days or for use as your emergency backups.

The unique Top Fix RACE nose attachments consist of a highly elastic 3.5mm traction cord, an eliptical ring with excentric holes, and a reinforced end. These weigh a scant 9 grams yet are easy to grip with gloves. The set comes in a handy fitted Pomoca bag. 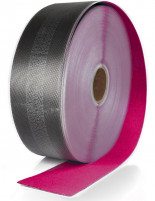 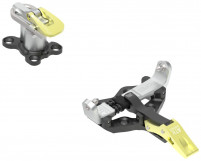 How to the tails of these attach?
Answer from Nate
Hi Tim, generally speaking, race skins are usually attached at the tail with glue only and run without a hook or tail clip for speedier transitions. For that reason, these skins do not come with a tail attachment.
Answer this question:

Could these skins be cut shorter for shorter skis?
Answer from jbo
Definitely Marie, in fact almost everyone trims some from the tails to their length preference for racing.
Answer this question:

Do these come already glued? In other words are they ready to ski out of the box?
Answer from jbo
Hi John, yes the kits have glue and tips attached. You need to crimp the ends to your length preference and then round the tails to prevent peeling.
Answer this question:

Show up at any rando race in europe and the vast majority of amateur and pro competitors will be rocking these skins. It isn't coincidence... these are the best gliding skins around. The difference against other brands is immediately tangible. One could dock stars for long-term durability, but I see it as the price of doing business.

If you're racing, don't be caught on any other skin.
Comment on this review:

I'm in the middle of powering through my second pair of these babies, and boy are they sweet.

When it comes to glide, they can't be beat. I laughed out loud when I tried them for the first time. They are only a bit more grippy on the forward stride than a bare base. The saved energy is unbeatable.

Grip was another pleasant surprise. These skins have astonishing purchase for how short they're cut. They certainly demand good technique of the user, but so long as the snow surface is not shiny, then they grip as well as any mohair skin.

The tip attachment is pretty classic. A slightly larger fob would be easier to grip with gloves, but that's a trivial point.

Glue: The glue adheres very well to a dry base used with good technique. On the other hand, once contaminated with any moisture, it seems to take quite a while in the 'ol jacket before they'll be willing to stick again. It's a much lower tolerance than black diamond glue for instance, likely because its a much thinner and smoother layer.

The only downside to these skins is durability. In softish snow, they'll hold up longtime. But (and it says this in the manual) if you're skinning over a lot of frozen chunger, groom, snowmobile track, etc, they don't appreciate it and lose hairs near the edge in the area beneath the foot. That said, the pair I have that looks most haggard doesn't seem to lack traction for that fact.

This is a race skin. If you use it as such, it would be hard to top.
Comment on this review: