It’s that time again, welcome to the 2017/18 season preview! With a long spring/summer season afforded by ample snowfall throughout the west last winter, the receding summer has seemed especially short. October is already here and we are geared up for another great season.  As usual, we’ll be highlighting some products and trends we find interesting.  Unusually, we’ll start with skins, a category that is being overwhelmed with choice.  We have enough material (literally and figuratively) that we won’t even mention the ongoing experimentation with non-glue adhesives, which are still fighting niche status (okay, okay, quick shout out to the new entrants: Pomoca Tipon and Colltex Combin).

Roll your own skins.  While we don’t expect Build-a-Skin popup shops at the mall any time soon, more skins roll flavors are making their way stateside.  With much rejoicing, Pomoca has begun to import rolls of S-Glide material so you can adapt one of the best light ‘n fast touring naps to any ski.  BD is finally bringing in rolls of GliteLite and Ascension skins that previously they sold exclusively to Europeans.  Colltex and Ski Trab are still shipping kilometers of glorious material that reliably sticks, grips, and glides.  We complement all these rolls with just about every style of tip and tail attachment known to mankind.  If you haven’t yet built your own climbing skins, now is the time to give us a shout and learn how.

Race+ skins.  More skimo racers are finding they miss the glide of race skins when sliding around on fatter boards.  Turns out faster formulas make an even bigger difference when there is more surface area to cover.  And now it’s possible to get race material in wider widths.  New Pomoca race kits are 120mm wide, which it turns out Blizzard has known about all along since that is what they use for Zero G precuts.  Trab is still doing 95mm race material for speed mountaineering setups and Colltex has been the leader in extra coverage on race skis.  Also-novel is the “Grip” race skin Pomoca has introduced; perfect for icy races and missioning.

Race+ boots.  As a nice segue to boots, we’ll continue with the “race+” theme.  Noticing that folks are spending a lot more time in race boots than the number of races would suggest, manufacturers have started catering.  To whom?  To those who may race on occasion, but really want lightweight touring boots that ski well and keep their feet dry and happy.  La Sportiva is introducing the Sytron, which is an entry-level (read: not full-carbon) race boot with improved skiing and robustness.  They also become first-to-market with a women’s race boot using the same name.  More attention, however, is being focused on the SCARPA Alien RS, which is officially approved for use on wider skis up to 85mm underfoot.  Drastically improved skiing and waterproofing over the Alien 0.0 will make this boot a surefire hit.

Beef boots.  On the other side of the weight spectrum, we are seeing boots slowly creep into our wheelhouse.  That is, freeride boots that walk well-enough to make uphill-skiing not suck.  Anyone who is accustomed to skimo boots can’t go back to walking in cement blocks, to which freeride boots are still most similar.  We’ve learned to mostly ignore the “range of motion” specs from manufacturers because the listed degrees don’t indicate the effort it takes to achieve that rotation.  That said, the SCARPA Maestrale RS 2.0 and Salomon MTN Explore boots are now matching the Sportiva Spectre 2.0 in weight and tour-ability.  The MTN Lab is more restrictive and less likely to be on our feet, but we just couldn’t resist Salomon sucking up to us and coloring the kickers Skimo-blue this season.  Also, the way they ski!

Variable Fixed-Release bindings.  Aside from the impressive new Fritschi Tecton, the interesting binding activity this season is focused on the gap between fixed-release racers and fully adjustable tourers.  These are adjustable in some ways but not all.  Atomic and Salomon have conspired to bring us a touring binding with race-style heel springs.  It ships with three differently tensioned springs from which you can choose to approximate your target release value.  Most interestingly, swapping those springs adjusts the lateral and vertical release due to a novel, co-mingled design.  Oh, and it has race-style heel flaps!  Not to be outdone, Dynafit has multiple new offerings in this space that pair adjustable lateral release with fixed vertical release.  This builds on the popular Superlite 2.0 theme, this time adding BSL adjustment to the mix.  As always, visit our binding finder to help narrow down your choices while keeping safety in mind.

SpeedFit beats CrossFit.  Speaking of Dynafit, it can’t be ignored that they’ve now focused an entire line on the category of fitness touring.  The beauty of fitness ski-touring is that, unlike CrossFit which is just painful, you get a reward at the end of the workout.  You get to go skiing!  While arguably any touring equipment could be used for fitness-specific uphilling, Dynafit designed a product line around the activity with accessible pricing in mind.  Whether at a resort or in backcountry safe zones, you can gear up with appropriate boots, bindings, skis, and clothing for the occasion.  Of course, if you’re already into racing, you could just grab your skinniest skis because, hey, more laps!

Gore-tex is Bore-tex.  We often get curious looks when we mention we scarcely use hard shells.  The fact is that popular membranes restrict movement and get overloaded when skiing uphill, leaving you a sweaty, shivering mess.  Luckily there are more options than ever for skinning and booting efficiently while maintaining temperature and comfort.  We’re happy to add even more options this year, including some from the merino experts at Ortovox and the amazing Karpos!  The latter is a popular Italian brand that focuses on fluid movement in the mountains.  Chock full of features like skin-pockets, ventilation, and body-mapped stitching, their catalog is extremely drool-worthy.  If you’re not quite ready to go all-in with soft shells, we recommend taking a hybrid approach with strategic placement of water and wind barriers.  The Dynafit SpeedFit and Millet LTK Hybrid jackets are the highlights here.

Pack little in a little pack.  Minimalism is catching on in backpack design.  Following on the heels of the Ultimate Direction Skimo 8, Dynafit has released the eight-liter Race Pro and CAMP followed suit with the slightly bigger Veloce.  The idea is to trim as much size and weight as possible for quick outings, exercise or otherwise.  While you may be tempted to carry no pack at all, you will inevitably find yourself at the top of Brighton yearning to put your skis on your back and peak out on Millicent or Clayton.  Problem solved with small packs.

Overmitts are not the pits.  In the often-overlooked-item category, overmitts are now coming at us from seemingly every manufacturer.  Most outdoorsy folks know how to layer their clothing, but often don’t realize you can do the same with your hands.  Around here we like to use lightweight gloves that have built-in windshields and heat traps.  But on long or cold days as your core temperature drops, those neat-features may not be sufficient for your wee-fingers.  Experienced folk will have a lightweight overmitt at the ready, often stuffed in the side-access crampon pouch of their pack.  Slip these on over your gloves and wait a few minutes for feeling to return.  Choose from various styles from Crazy Idea, Dynafit, Ski Trab, and two new options from La Sportiva.

No holes in skis.  Everyone asks about new skis, but we saved them for last.  The trend with skis this season is simply filling-in of quiver-holes.  Just about every usage scenario can now be fulfilled by good-skiing, lightweight skis.  If you’re a powder-glutton that doesn’t like to be down in it, check out the excessive DPS Lotus 124.  For a fun and snappy mountaineering ski that will keep you smiling on volcanoes, new X-Alp ski from Salomon fits the bill.  Movement filled the only hole in the AlpTracks series with the well-rounded 89mm-width.  If you’d prefer not to specialize, Atomic’s Backland 95 has a neat spoon-shovel design and takes the cake for a do-it-all-reasonably-well ski.  In true millienial fashion, you can find a ski that fits you instead of adapting to what’s available.

Skimo Co becomes centered.  We don’t like talking about ourselves, but hey, it’s our site.  In a series of self-aggrandizing moves, we have been anointed as both a Dynafit Competence Center and a Plum Center.  As the only D.C.C. in the region, we’re proud to be recognized as the place to go for Dynafit products and service.  In addition, we are now the first and only Plum Center in North America.  This will be our fifth season in business, and we are having more trouble being ignored as the leaders in lightweight ski touring and mountaineering.  But, enough about us as a shop.

We are living in a golden-age for ski touring.  We can select skis based on exacting usage requirements.  We can pick bindings with the feature-set we want without paying for unnecessary weight.  Boots that tour well come in all shapes and sizes, and can be further modified for problem feet.  Various skins, clothing, and accessories help us get to the top and back down comfortably.  Ski resort operators are undoubtedly shaking in their own lift lines.  We will look back at these times with rose-colored glasses.  Fear of missing out is real, so go forth and ski! 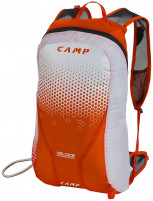 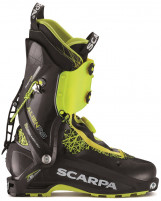 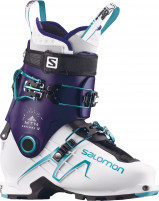 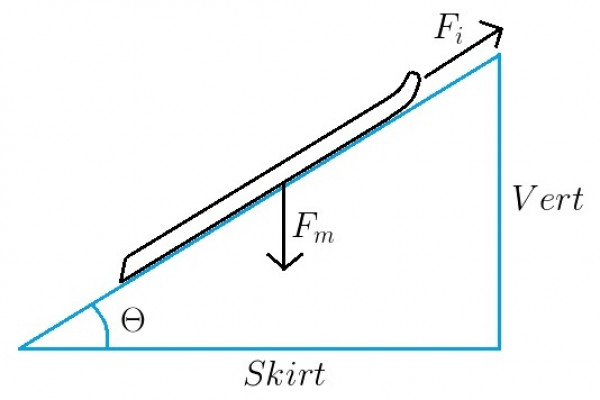 A Racer's Secret: The Inclined Plane 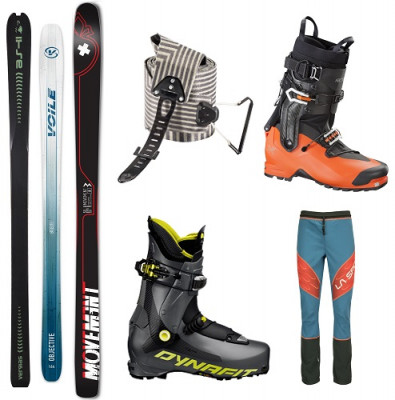