It’s here! Some of us weren’t entirely convinced fall would arrive after a summer of record heat waves and near-constant smoke. But sure enough, the days are getting shorter, the nights chillier, and our shop is being overrun by new deliveries. These are the tell-tale signs that it’s time to clue you all in with our annual Season Preview, the 2021/22 edition.

To recap, last year saw record numbers of folks earning their turns. Locally in the Wasatch, beginners and veterans alike ditched the resorts for the sake of adventure, exercise, social distancing, and less powder panic. The cat really is out of the bag at this point and, clearly, backcountry skiing is no longer a fringe sport. While all this attention may cause concern for the preservation of your local stash, consider the fact that companies are now innovating at an even faster rate. Performance is skyrocketing while weight plummets - just the way we like it. Time to make the most of it and venture deeper into the hills!

On a more sobering note, the increase in backcountry users and a sketchy continental snowpack predictably led to an uptick in accidents last season, including a very messy one here in Utah that cost us some friends. Here are the numbers to satiate newly minted armchair epidemiologists: 16 backcountry tourers perished in avalanches last season in the US as compared to an average 39 skiers and snowboarders that die in-bounds skiing each year. The denominators are less clear, with an unknown number of backcountry ski days versus an average of 55 million resort days. Using estimates of backcountry days, there is likely a higher relative risk of death when skiing in the backcountry, but one that is still measured in parts-per-million in absolute terms. As always, please be safe out there.

It's official! Skimo racing was added to the 2026 Olympics in Cortina, Italy. There are five medal events including men's and women's individual, men's and women's sprint, and a co-ed relay race. Details are still being worked out, but the clock has started ticking as you have less than five years to train. It will be interesting to see how the current podium challengers stack up against a new wave of elite athletes that come to chase dreams of an Olympic medal. We plan on continuing to practice every morning by skiing in the backcountry while wondering how to reverse our biological clocks.

In related news and after years of murmurs, the ISMF has tentatively mandated that racers at sanctioned events have brakes on their bindings. Turns out skis rocketing downhill without you doesn’t do well for your finishing time… or, for that matter, anyone’s safety. We're seeing all manner of contraptions being invented to attach these safety devices onto tiny bindings without making them suck, hopefully. Opportunely, a young Slovakian brand Grizzly has spent the past few seasons designing race bindings from the ground up with brakes in mind. Now they are ahead of the curve and offer up premium braked bindings at race weight. Similarly, Trab has a thoughtful and tested solution, ATK has a new braked Revolution, and Dynafit, Plum, and others are offering accessory brakes.

ATK - Not the Utah Rocket Company

Speaking of ATK, yes, we are stocking ATK bindings this season. No, these are not made by the aerospace group in Utah, but rather by an Italian family in Modena, Italy which previously did not sell their bindings in the US. You may be thinking, haven’t Hagan, Black Diamond, and now DPS been rebranding ATK bindings for years? Yep, that’s right - clearly, a lot of brands have had faith in them. But now that ATK has allowed for local distribution, we’re able to offer ATK branded ATK bindings. Feel free to think aerospace thoughts while rocketing downhill on these multicolored featherweights.

Lean Beef - It's What's for Skinner

Around here, we refer to fully-featured, four-buckle, stiff boots as “beef” boots for their robust nature and ability to drive stiff and heavy skis. So what happens when the manufacturers keep those capabilities but manage to shave grams? Or, wait, are they actually just adding some oomph to lightweight boots? Hard to say, but what we do know is that the era of “lean beef” boots is here and we’re not complaining. Offerings such as the Fischer Transalp Pro and Dalbello Quantum 130 make it easier for some skiers to find that sweet spot between uphill efficiency and downhill performance. While skimo aficionados tend to resist any resistance to their stride, these boots might just entice them to add a beefier setup to their quiver.

It's been an interesting year in the ski-building world with some unlikely outcomes. A massive Fischer factory fire caused a bottleneck amongst the many brands whose skis are produced there. It surprisingly led Dynafit to accelerate their product cycle and go with an early release of their Free 97, which is made elsewhere. Other brands took the opportunity during covid shutdowns to completely redo their factory lines with state-of-the-art machinery. Volkl, for example, is sporting noticeably improved factory finishes on their bases due to this effect. So while on the whole there isn't a ton of new ski models on offer, existing models have seen what economists would call hedonic quality adjustments, netting you more for your money.

Moving on to trends in spring mountaineering gear, foldable ski boot crampons have proven themselves to be a genius innovation. Replacing stiff center bars with a malleable connector, this new breed of crampons allows skiers to fold their pointy bits in half for easy stashing and weight savings. CAMP gets kudos for kick-starting this idea with the Race 290 and since then, Dynafit and Petzl have seen success with their versions as well. Now, Blue Ice is bringing the Harfang to market which features adjustable middle points so that the crampon fits your boot even better. This is now clearly a trend and as always, more entrants mean more innovation. We likey.

Have Beta, Will Travel

For much of the past two seasons, travel has been a bit iffy. But as restrictions relax, skiers are more eager than ever to take the skis for a trip and poke around out-of-state. Thankfully, we’ve got you covered. Our guidebook library is ever-expanding and we’re proud to offer up new titles such as Rogers Pass - Uptracks, Bootpacks, and Bushwhacks, Peaks and Couloirs of Southwest Montana, and new-to-us Alaska Factor 2. More on the way as well, so keep checking.

But if you’re looking to drool over beautiful lines and save some trees, we welcome you to take a look at a little side project we’ve been working on - the Objective Finder! Here you’ll find a small collection of exciting lines that staff and friends of the shop have personally skied. When logged into your Skimo account, you can add comments, trips reports, photos, and even curate your own todo list of lines you'd like to ski. And before the all-lines-must-be-kept-secret critics surface, no, the goal is not to blow up your local powder stash. We simply want to help our audience get inspired, motivated, and informed with tips and beta from other skiers (and perhaps distract you from work). We’re curating only the most interesting objectives so think quality over quantity. That said, we’d love to hear your feedback; please take a look and let us know what you think. And even better - if you skied a line you'd like to share, we’re offering store credit for each submission! Reach out to content@skimo.co and we’ll set you up with info on how to do it.

Not unique to the ski world, but various supply chain issues have been cropping up and, like the virus itself, have yet to go away. A few of our prominent brands have notified us of delayed shipments and wonky production times. We’re doing the best we can but think it’s worth mentioning that there might be longer periods between restocking once an item is sold out. Perhaps the takeaway is that procrastination is inadvisable this preseason. They’ve urged us to be patient and in turn, we’re kindly passing that request on to you all. As if waiting for snow wasn’t challenging enough...

As for the shop itself, it’s been an unusually busy summer for us. With the launch of our trail running shop SkyRun, we’ve spent countless hours scrambling ridges, loitering at local trail races, slogging West Grandeur, and nursing exhausted ultra runners back to health. In an act of inclusivity, we’ve even knocked down (yet another) wall at the shop to unify the main shop floor with the running room, known last season as our socially distanced boot-fitting area.

But don’t worry, we didn't forget about winter either. We took the time to visit our local friends at Voile and DPS to get a glimpse beneath the hood and see what they’re up to. Spoiler alert: It’s making more lightweight, high-quality skis.

Whether you’re a Wasatch local or visiting from out of town, we welcome you to swing by our shop and say hi. But no matter where you break trail, we wish you a winter full of bottomless turns on a right-side up snowpack! See you out there!

Love what you guys are doing to advance this sport and am 100% in agreement about the growth potential. And I can't say enough about your company- impressive customer service, deep & broad product offerings and knowledge. Keep it going!
Reply to this comment: 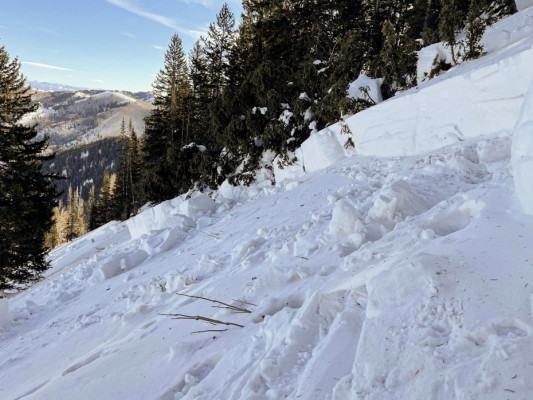 The Danger of Early Season Storms 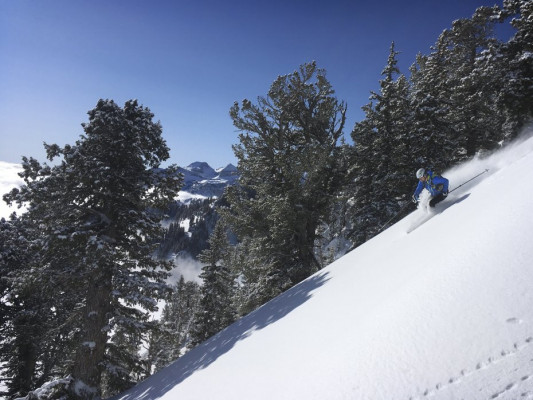