After proving the ION could handle abuse by aggressive skiers on big skis, G3 has now introduced a version with release values more appropriate for average folk. The ION 10 is essentially the same award-winning platform as the original version, but tuned for touring instead of freeriding. The ION is notable for eliminating common frustrations with tech-bindings such as toe-wing icing, step-in difficulty, and heel-rotation constraints. Like the original (now well-travelled) ION 12, the ION 10 helps eliminate those frustrations and lets you focus on enjoying the mountains. Thank you Canada. 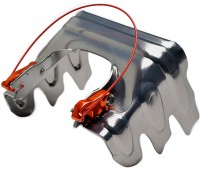 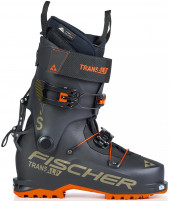 What size ski break should I get to go on a pair of $Front Raven skis with a mid foot width of 104mm? Can I bend the 100mm break slightly to make them fit?
Answer from jbo
Hi Ian, you shouldn't even need to bend them, the 100s are the way to go.
Answer this question:

I have this binding. I use them with a lighter touring boot. I’m just now messing with the adjustment on this binding and starting to realize that if I max out the adjustment my bigger, beefier ski boots fit. I’m just wondering if I’m going to break them if the binding is maxed out and I’m skiing it hard?? Anyone have experience with this?
Answer from jbo
Hi Devin, there is no problem skiing the binding at its max BSL range, but you don't want to over-adjust it past the markings as that can break the track.
Answer this question:

Do the bindings come standard with leash clips? I purchased a set Ion 10s that were shop-mounted on new skis and the shop did not install the leash clips. I looked at the bindings carefully to find a handy place to loop a leash through and couldn't find anything that didn't have the potential to interfere with the bindings moving parts. So I chose to purchase a set of leash clips through your site (thank you). I am wondering if I should go back to my local ski shop and see if they have leash clips that should have come with my bindings.
Answer from jbo
Hi Rick, the 10 and 12 do not come with leash clips. Only the brakeless ION LT has those in the box.
Answer this question:

I'm having trouble choosing between the Ion 10 or the 12. I used to ski at an 8.5 DIN on my alpine bindings, but I've since lost weight and I've had my DIN adjusted accordingly to a 6. 6'0 and 145, I'm guessing I will be perfectly fine with the 10, but I've ready some reviews of people saying that they set their Ions higher than their regular alpine DIN. Is it worth going up to the 12 or will I absolutely not need that? I'm an advanced resort skier and am just getting into touring after doing a couple day trips last season, so this will be my primary touring binding.

Thanks!
Answer from Jeff
Ali, people around here feel that the Ion retains you in quite well with its elasticity. Of course we always recommend using your proper release value. Whether you are using 6 or 8, you still have more to tighten if you feel it necessary. The Ion 10 should be plenty.
Answer this question:

How does the G3 Ion stack up in terms of release safety compared to a Fritschi Vipec?
Answer from Trace Leches
Hey Travis! Safety is kind of an elusive term to quantify, but there are definitely some differences between the two and I think your binding choice should come down to where you'll be using it. The biggest difference between the two bindings is that, functionally speaking, the Vipec releases like an alpine binding (laterally, it'll release out of the toe and vertically out of the heel) whereas the ION will release laterally and vertically out of the heel. This is a pretty generous blanket statement that doesn't apply to everybody, but I think if you are in the resort a lot, doing a decent amount of sidecounty, or seriously pushing the limits and opening up the throttle in the backcountry, then a binding like the Vipec (or better yet, the Tecton) is likely the better choice just because of the release style, but if it's mostly destined to be a backcountry specific binding, then a tech binding seems to be better for safety in that regard because of the relatively lower speed and more technical approach to skiing in the backcountry. If there's any mountaineering involved, the ION is probably my first choice without a doubt.
Answer this question:

Has G3 Ion 10 binding received a TUV certificate?
Answer from jbo
Hi Yuki, no the IONs are not certified to DIN standards.
Answer this question:

Are these 2018? Do the rear blocks click down when pushed down in tour mode?
Answer from I-M
Colin,
Yep, these are the 2018 edition and the heels do lock down in tour mode when pressed down.
Answer this question: