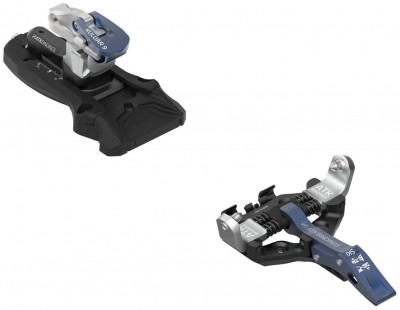 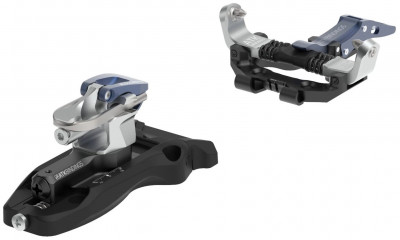 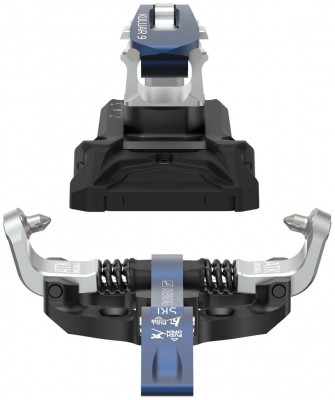 Does a dawn patrol mean at least 4-5000 feet of climbing? Do you want to ski lines in multiple drainages in one day? Weighing in around the 200-gram mark, the ATK Kuluar 9 LT should be the lightweight speed tourer's weapon of choice. As you begin your day, you’ll notice the efficient race flaps. When the skinner gets steep, you’ll happily enjoy the fact that such a lightweight binding has a second riser, available by rotating the heel 180°. Should you take a spill and lose a ski, the included Kevlar core leash will keep the ski from sliding to the bottom. As you descend in style, the spring-loaded heel allows 10mm of fore and aft travel in case you bottom out on a drop. You’ll also appreciate the 20mm of adjustment in the heel that accommodates multiple boots, the removable crampon receptor, and adjustable lateral release. Rest assured that you'll have everything you need and nothing you don't. With critical features and a bantamweight build coming from a renowned binding manufacturer, you can trust that the ATK Kuluar 9 LT will keep you touring for years. 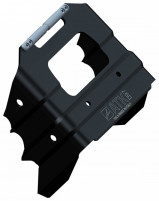 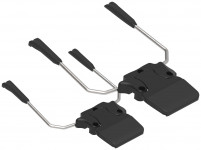 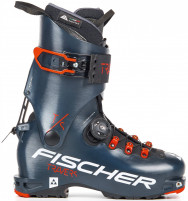 The simplicity of this binding makes turning it with your pole pretty difficult. Much easier to just turn it with your hand.
Answer this question:

Any thoughts on using this binding as someone who normally skis at a DIN of 5 or 6? I like that the lateral release can be adjusted as needed but wouldn't skiing with a lateral release of 5 and a vertical release of 9 make for really strange release characteristics?
Answer from Jeff
Hello Erin, The majority of releases are lateral, so that is the more important. Having a fixed vertical release, for the most part, will not affect that. I liken Vertical releases as stopping Dead in your tracks, or Hitting a wall. So those have a pretty high force that you will release readily.
Answer this question:

I assume ATK uses the same U-springs in these as the Trofeo bindings. My question is: does the Kuluar 9 use the heel spring from the R6 or R8 Trofeo?
Answer from Cole P
Hey Ben, the Kuluar release values differ in our tests from the Trofeo, so it appears to be a different u-spring.
Answer this question:

What is the difference between the Kuluar 9 LT and the Haute Route? Any major performance differences?

Thanks!!
Answer from Ian C
Hi Annie! These are both lighter touring bindings made by ATK so they will have a similar overall performance. I would say the main advantage of the Haute Routes is their fully adjustable vertical release, whereas the Kuluar vertical release is fixed at a fairly stiff value. The machining on the toes is a little different but nothing major.

On the other hand, the Kuluar has elastic heel travel, which is a feature the Haute Routes lack. Let us know if you have any other questions!
Answer this question:

Hi. I was wondering if the LT version is the same as the binding just without brakes. In other words, can I buy the version with brakes and then choose not to mount the brakes?

/Rikard
Answer from Will McD
Hi Rikard,
The LT version comes with a brake seat pad installed where the brakes would usually be, this is what you would be missing if you got the not-LT version and mounted it without the brakes, though it is sold separately. The brake seat cover protects the spot where the brakes attach and also prevents snow and ice from building up, so it is nice to have but is not necessary for the binding to be functional.
Answer this question:

Do Dynafit-style crampons fit or do you have to go ATK?

How would you compare this with the Plum Oazo 8? Looks like the same weight, similar build, but this Kuluar gets 10mm of elastic travel in the heel. Seems like a big winner.
Answer from Julieana
Hey Tim,
Yes you can use Dynafit crampons with this binding!

As far as the elastic travel goes, you likely won't notice it when you're skiing it. This binding is mounted with a gap just like the Oazo and the travel is designed so that you don't damage the binding if you manage to really overflex the ski. I personally like the Oazo since you can access both riser heights without turning the binding, and I also happen to like the Plum crampons a little better than the Dynafit crampons. But other than those minor differences they are very comparable bindings, and I think this one is an excellent choice--especially if you're a fan of Dynafit-style crampons.
Answer this question: