The calendar says it’s time to kick off another ski season; unfortunately, this one is starting on a somber note. Ski mountaineering legend Hilaree Nelson triggered a small avalanche in an extreme location and unfortunately didn’t survive. The news was sudden and shocking in an otherwise quiet September. As per usual in our community, skiers are taking time to reflect before honoring her legacy in the only way we know how…by getting back out there and doing what we love.

A hemisphere away from that sickening event, we are kicking off what will be Skimo Co’s 10th season in operation. It is our time to note what trends we’re seeing in the industry, while we all attempt to maintain a big-picture perspective. After a 2021/22 season with less innovation than usual due to covid constraints the year prior, we are now looking at a pile of new tools to share with you. Let’s dive right into our preview of the 2022/23 ski season:

Race Plus boots – First and foremost, after having just a few entrants over the years, our made-up “Race+” category is seeing a veritable explosion of activity. For those new here, we’re talking about those boots trying to please racers and tourers alike, with walkability akin to race boots and skiability akin to heavier kit. After the Alien RS and Fischer Travers Carbon set the standard, we now have a plethora of manufacturers and fits from which to choose: Tecnica Zero G Peak, Salomon MTN Summit, Dynafit Blacklight, and Dalbello Quantum Evo. We are so excited about the new offerings that we had to write a separate, deeper dive into all these new ultralight touring boots.

90mm free-tour skis – The backcountry ski manufacturers are evidently singing in tune with the boot manufacturers. A new class of skis is forming that seems to be perfect for performing underneath the crossover boots just mentioned above. Here we’re talking about skinny “freeride” skis, coalescing around 90mm in underfoot width. Whether it’s a zero-camber Faction La Machine Micro, or the new skinny “RP” shape from DPS, these are skis that you can hang loose on and just have fun in all conditions. Dynastar and Ski Trab also have offerings here that will turn some heads. We also felt the need to break this down further in a separate article entitled the 90mm Free-touring skis. If this trend continues, we just might have to fire up the “freemo.co” domain we’ve been squatting on.

Stoppering your race skis – This is more of an update to something in the works last season: the addition of brakes to race bindings. Often called “stoppers” in Europe, these safety devices started to be mandated for certain high-level skimo races. In a case of rule-makers being ahead of people on the ground, a couple models did not materialize in 2021/22 or showed up so late to not be counted. This year, finally, we have finished products from all major race binding makers: ATK, Dynafit, Plum, and Ski Trab. This adds to the Grizzly bindings which were designed with brakes in mind and made it through a season of testing, albeit with some knocks against ease of entry. Will racers in the US care to add breaks? Some ISMF-sanctioned races may require them, but other than that, the decision is a matter of future-proofing yourself and being compliant with ski resort policies when uphill training. A sizeable percentage of Americans simply won’t care.

Helmet gadgetry – There is a techno-trend taking shape in the ski touring (and alpine skiing) helmet world. That is the addition of electronics to your helmet, which we’re tentatively testing to measure skier interest. We brought in the new Atomic Backland UL CTD which has a shock sensor installed that automatically sends out an SOS alert if it thinks you may have had an accident. It’s not cheap but it holds the potential to save your life. In a similar-yet-different vein, Julbo offers a helmet that electronically stores your medical information in case rescue or medical personnel may need it after a fall. This is known as the twICEme system, found in some flavors of “The Peak” helmet. While not for everyone (heck, we have staffers that still prefer no helmet at all), this is an interesting new niche to explore.

Slow downhill to uphill transitions – Continuing a decade-long trend, alpine ski brands keep iterating to find the right combination of variables that makes a great backcountry or mountaineering ski. Some ski-makers seem like a lost cause as they simply pop a lighter core into their downhill skis and call them touring skis while the BC specialists have a chuckle. That is slowly changing as we saw four new-to-us alpine brands make the cut this year with impressive designs. From Poland, Majesty Skis has a unique short-tail design that makes a powerful ski maneuverable through tight trees and other backcountry hazards. In France, ZAG may have the most dialed ski ever in the Adret 78 (and to a lesser extent the 85), a huge improvement over the previous line of skis carrying the Adret name. Representing Switzerland, Faction has a fun line of La Machines that will appeal to many. Locally, Armada is getting into the game with ground-up designs in their new Locator series. Of course, we are psyched to have more and more quality lightweight ski options!

Beta marketplace – This is an update to our previously disclosed database of ski objectives. We’ve gotten tons of feedback on the project which has now morphed into a marketplace for ski beta. Think of your favorite guidebook parted out into downloadable bite-size chunks…for example, one mountain or ski line. Some early adopters such as Chris Kussmaul and Mark Smiley are developing helpful information for skiers targeting specific objectives. If you have beta you’d like to share in exchange for a perpetual income stream, please reach out to content@skimo.co!

Blast from the past – While our season preview typically highlights the New, we would be remiss if we didn’t mention the Classic. The original innovators in the lightweight ski touring space are having a flashback. Dynafit has taken the time to make a version of their current products with colors that were popular when they got their start. The “Low Tech” retro series is color-coordinated head-to-toe, adding a classic flavor to modern equipment. For those who haven’t followed Dynafit’s history, Low Tech is the term they use to describe the advanced Technology that allows them to make gear with such Low weight. See all the formerly cool styles in the Low Tech collection.

That’s it for the things we’ve been dying to tell you all summer. Hopefully, as you put away your bikes and running shoes over the coming months, you’ll pay us a visit as you prepare for the fun season. Either way, we’ll see you in the hills! 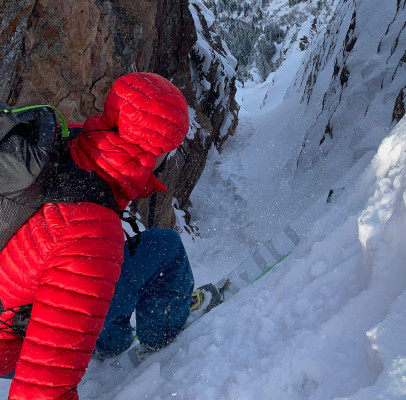 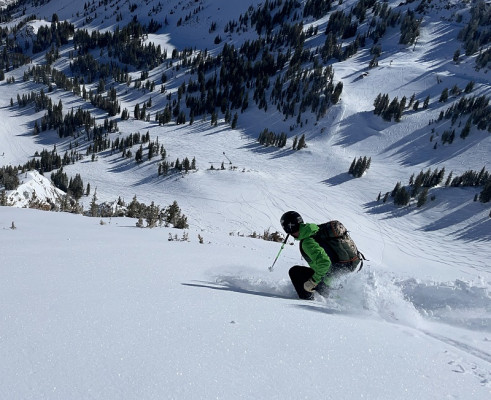