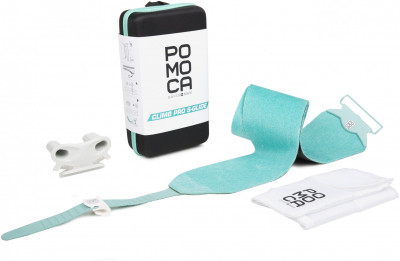 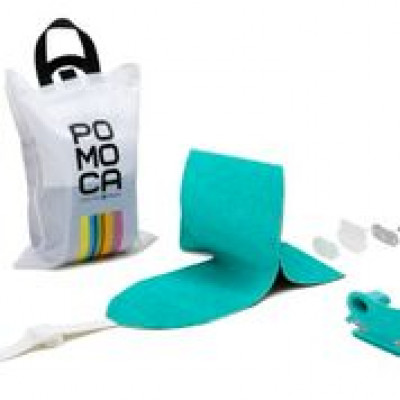 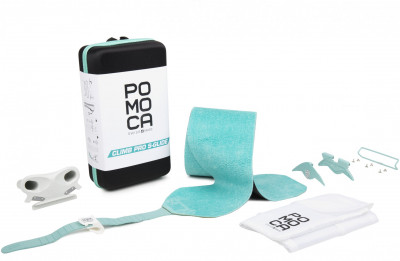 We’re not sure but we think the “S” stands for “Super”. The new Pomoca Super treatment on the old reliable Climb Pro Glide skins makes them even better at sliding. The friction coefficient is now more akin to racing formulas than to similar mohair-mix skins. Good sliding technique will be rewarded with up to 20% energy savings on an average climb, a figure extrapolated from recent lab tests. The Climb Pro S-Glides are 70% mohair, 30% nylon, and 100% fast. The skins feature the manageable Pomoca glue formula and easy-to-use tip brackets and tail clips. These are likely the default skin choice for interested ski tourers.

Update 2020/21: The S-Glide skins are now made with a thinner backing material and they have redesigned Click Lock tip attachments and tail hooks that enhance durability. The skins are about 40g lighter out of the box with the same grip and amazing glide. They now come in a zippered hard-case.

What size would you recommend for a 2014 184 cm Volkl Mantra?
Thanks
Answer from Nate
Hi Daniel, 120mm 175-190cm. We are currently out of stock but have more on the way. If you prefer to order this skin immediately, the 140mm 175-190cm size would work as well. It will provide complete coverage, and is currently in stock.
Answer this question:

If my skis are 166 should I get Pomona Climb Pro S -Glide skins in a small or medium length?
Answer from jbo
Hi Karen, either will likely work, so it's a preference of whether you want skin coverage all the way to the tail. That area doesn't help much with grip so I prefer going shorter for what it's worth.
Answer this question:

I have been using these with my all-round/power skis (Movement Shift) for 3rd season now. Overall, I am very happy with these as the glide is great for such a wide skin yet the grip is sufficient as well unless you have a really bad technique.

I would give these 4.5 mark due to the tail attachment as it is not tight enough. However, I am used to race skins without tails so this is not a big issue.

The glue is still good although showing signs of leaving some residue/glue on skins occasionally now. Could be that they are getting tired of me after so many days in the backcountry.
Reply from jbo
Hi Stano, you likely have the old rainbow tail straps? Pomoca has updated those since, they have nice stops on the strap that seem to work well.
Comment on this review:

Will the ski tip loops that come with these skins fit Voile V6 188cm long?
Answer from jbo
Hi Shawn, the wider versions come with wider tips. In short, yes.
Answer this question:

These are rediculous. Maybe the holy grail of daily touring skins.

(Note, see bottom for a gripe, though they transcend my griping and earn 5 stars anyways).

Tip attachement: Durable, replaceable, came with two sizes of wire that should fit essentially any ski. Much less fiddly than anything I've used from black diamond.

Glide: Crazy good. While it's not a pomoca worldcup skimo race skin, the same technology is hiding in there, just with a waterproof backing and some more durable plush. These crush any non-race skins that I've used.

Grip: You'd never know that you're not on nylon until the pitch hits 50 degrees on blue ice. Steep skintracks in the wasatch... icy refrozen PNZ corn... sidehilling on sastrugi, it's all good.

Durability: Excellent. Not plagued by the shedding that happens with race skins, these have held up to serious abuse across variable conditions (including dirt, not recommended) without losing their form.

Fold: Here's where the money is. The backing is so much thinner than a BD or comparable offering that it seems like you save half the weight and half the space. They're much much lighter and pack much smaller than similar skins in this category. Plus, the backing is waterproof, so the glue won't get contaminated on spring days when the plush wets out.

Glue: Pomoca glue done pomoca style. That means great glue with good grip and easy rip, applied thinly and not to excess. No balling or lumpiness after folding and refolding against themselves repeatedly.

Gripe: My one gripe is the tail attachment, which is a bit lame. It's easy enough to use but doesn't stay super tight, which isn't a problem if you know how to skin. Still, I managed to tear it in half while ripping my skins. Apparently this is a known issue, fixed for 2016-2017, and dynafit/pomoca is sending me a new pair on warranty.

Summary: If I had to have just one pair of skins for everything, I'd pick this one. Over and over again. It can't beat nylon for skinning on sheer ice, and it's not ideal for racing, but for everything else I haven't found something that even came close to competing with these skins.
Reply from jbo
Hi Patrick, FYI the old rainbow tail straps were phased out for the 15/16 season. As you can see in the picture for these, the new straps are much thicker.
Reply from Patrick
I have the new tails now on a pair of these, and the strap is not just thicker, but it also has elastic qualities. That means that it actually stays on, unlike the old one. It's also notched/indexed, so it stays where it was when you removed it and doesn't require resizing every time.
Comment on this review:

Hi, I just wanted to ask if you had any advice as to how these compare skins compare to the BD UltraLite mohair mix in terms of grip, glide and weight.

Jarrod
Answer from eric
Jarrod
The BD ultra lights are about 30 grams lighter as well as a lot more packable. As far as grip vs glide, the speculation is that the BD's might glide a little better do to the fact they have a shorter hair fiber. In general shorter hairs are faster gliding and less grip. But the new coating on the Pomoca's is supposed to be faster this year. The hair length doesn't seem to have changed on the Pomoca's from last year and last year had a nice balance of grip and pretty nice glide.
Answer from Patrick N
Follow up question - what are your thoughts on which skins have better glue (between BD ultralite and these)?
Answer from jbo
Hi Patrick, we find the Pomoca glue to be much more manageable and no less reliable as the UltraLite formula.
Answer this question: